Around the millennium, when hybrids first shot into the limelight in the UK, choice was pretty poor. The Toyota Prius was the most notable, while there was also the fascinating Honda Insight, which became progressively less interesting over time, and later on the flawed but revolutionary Vauxhall Ampera made its mark. But that was pretty much it.

In 2021, some 21 years later, nearly every car manufacturer offers a hybrid of some sort, and as such there are a vast number of different hybrids to choose from. In fact, they've become so popular it can sometimes be difficult to get hold of the model you want without enduring a lengthy waiting list.

This is where leasing can help. Leasing companies often have stock ready to go, and usually at highly competitive monthly prices. On this page we round up the best of the current deals.

The batteries in standard hybrids (hybrids you don't plug in to the mains) are replenished by recuperating kinetic energy from the brakes as the car slows, and by taking a small amount of the engine's power to recharge them. This electricity is then deployed at convenient times to increase economy. Some standard hybrids can run on electric power alone for a few miles. Toyota, Lexus, Hyundai, and others, refer to this as a self-charging hybrid.

Plug-in hybrids have their batteries recharged by connecting the car to an auxiliary power supply, otherwise known as a charger. Some of these are range-extenders, such as the now-discontinued BMW i3 REX. Here the engine is used as an on-board generator, with the electric motor alone powering the car.

Oh, and there are mild hybrids. These employ a small electric battery to make better use of start stop systems and a small electrical boost under hard acceleration. They are not capable of driving via electric motors alone. For the sake of clarity, we've excluded these types of cars from this list.

Benefits of leasing a hybrid car

If you like the idea of an electric car, but can’t commit to charging every day, or don’t like the range, going hybrid can help. And if you're after new tech, without any of the financial worry, leasing can offer a simple way to finance a car.

Electric power with no charging

Fully electric vehicles, at the moment at least, are a bit of a pain to charge. Fine if you can charge at home at your leisure. But it can take up to more than an hour at a service station to get to 100%. Hybrids, well standard hybrids at least, do away with this.

This varies wildly depending on which car you choose. Some plug-in hybrids can cover around 30 miles on electric power alone. If this is your commute you could spend no money on fuel for work days at least. Even regular hybrids, like the Toyota Prius, should top 70mpg. A similarly sized petrol model will only achieve around 40mpg.

>> How does car leasing work?

The Corolla name returned to the UK in 2018. Do you remember the old one as a basic form of motoring without much excitement? Well, this new one is much less basic, but just as unexciting.

This lack of excitement is chiefly what makes it a good hybrid car to lease. Especially if this is your first hybrid. There are two engines on offer (a 1.8-litre and 2.0-litre), and the whole package is easy to use, easy to understand and you should expect north of 70mpg and up to 85mpg.**

You know the idiom, variety is the spice of life? If that's true, consider the Ioniq to be a Carolina Reaper chilli pepper. That's because the Ioniq is offered in fully electric, plug-in hybrid, and regular hybrid powertrains.

To eek the most out of your leasing deal (and assuming you can home charge) we'd go for the plug-in. Its dual-clutch automatic gearbox is much better than CVT style ones used in rivals (because it makes the car quieter) and, despite it being slightly down on fuel economy compared with the Prius below, you should still get close to 80mpg.**

Best hybrid car to lease for: looking like an Uber driver

The archetypal hybrid car and the one most people think of when you say hybrid.

It comes in both plug-in and regular hybrid flavour, and no matter which derivative you opt for, they're both powered by a 1.8-litre petrol engine.

Day-to-day usage will see the standard Prius hybrid achieve a diesel-bashing mpg, while leasing deals tend to be a good chunk higher for the plug-in. So unless you cover loads of miles and charge it religiously, we'd opt for the regular hybrid.**

It's big. It's posh. It's surprisingly kind to the environment. Volvo's XC90 may be not quite as luxurious inside as a Range Rover, but it comes without the footballer image too.

Other selling points? It's one of the safest cars you can buy. Its semi-autonomous tech, called Pilot Assist, is up there as one of the best. And, it does around 25 miles in pure EV mode too.

In full-on Power mode it'll also crack 0-62mph in 5.8 seconds. This level of pace for this size of the car is amazing.**

The little Yaris is a massively important car for Toyota in the UK. It's the Japanese company's bestseller - and this latest generation is now only available as a hybrid.

That's right - if you want a new Yaris, you'll have to plump for a 1.5-litre Hybrid, with an automatic gearbox.

Official fuel consumption ranges from 65.7mpg - 68.9mpg - strong numbers - and with good backing too. We found it pretty hard to go below 60mpg in a Yaris.

Best of all it's a huge step up from the old Yaris. It feels a lot quicker, it's more comfortable, and it's quieter too.**

Modern families might prefer the heft and height of an SUV, but at Parkers, we still think the estate shape has an awful lot to offer.

The Passat is one of those cars that suits being an estate more than a saloon. And while the default choice is diesel, the GTE hybrid is a clean and sensible alternative. It combines a 1.4-litre petrol engine and a battery capable of more than 30 miles of electric only travel.

Plug-in hybrid estates are few and far between, so if you're after a large hybrid estate that's premium-ish, the Passat makes a brilliant choice.**

Best hybrid car to lease for: driving to the garden centre in

What sets the Honda Jazz apart from other cars? It's hatchback sized, but offers up the space of an MPV. It's easy to get in and out of, and it's super easy to position on the move and park. For maximum ease of use, superminis like the Ford Fiesta or Vauxhall Corsa can't come close. The Jazz even has Honda's Magic Seat system. This incorporates rear seats that fold completely flat, and have bases that flip up to reveal a big square area in the footwell for tall items like plants.

Like the Yaris above, the latest Jazz is only available as a hybrid. This means there's only one engine on offer - a 1.5-litre petrol engine teamed with an electric motor and an automatic gearbox. Honda claims it'll do 62.8mpg

If you liked the look of, or owned, a previous-generation Jazz, nothing in this new car should put you off. While the hybrid powertrain is slick and easy to get on board with.** 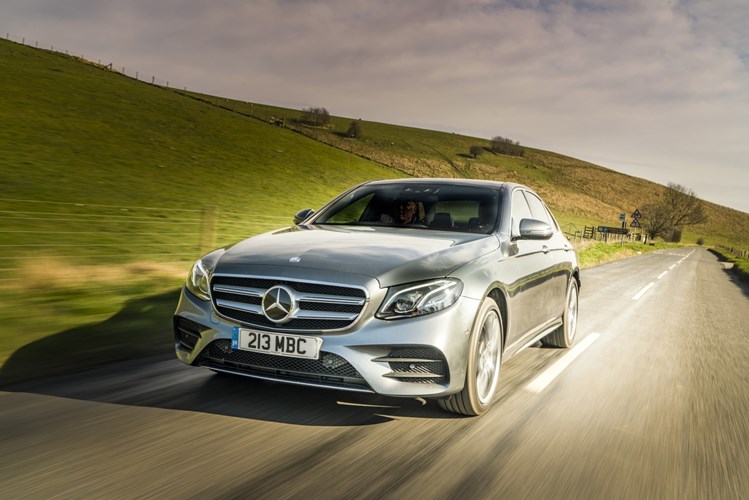 No seriously, we've added a diesel to this article. The reason, is obvious. Most of the hybrids on this list, while effective at lower speeds, become less economical at motorway speeds.

The Mercedes E 300 de allows drivers to travel 34 miles on electric power alone, perfect for town and city driving. But then when you get on a motorway, it's packing a 2.0-litre diesel engine that will return more than 50mpg.

Inside, it's typically E-Class too, in other words, a real step up compared with similar cars. The iPad-like touchscreen is top-of-the-line, and everything feels wonderfully put together.** 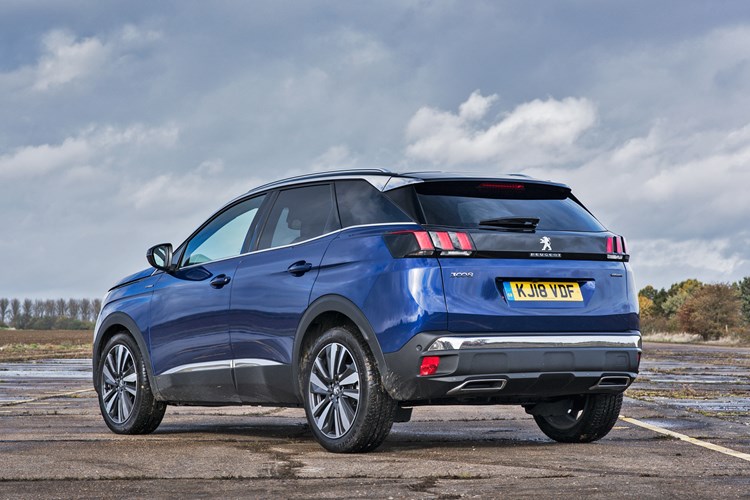 Some of you may be unfortunate enough to remember what the old 3008 looks like. Luckily, this one is very different. And it's as practical as it is striking - with a 520-litre boot and large, wide-opening rear doors.

This offer is for the Hybrid model. It uses a 180hp 1.6-litre petrol engine alongside an electric motor producing 110hp. Maximum combined power is 225hp, which is driven through the front wheels via an eight-speed automatic gearbox.

What does that mean? It means this Peugeot SUV is both fast-ish and green. The industry standard 0-62mph time is completed in less than nine seconds and it'll officially do 222mpg. This should be taken with a massive grain of salt - but it does offer around 30-40 miles of pure electric running.**

Looking for your next car?

Want to find out more about leasing? Check out our video guide explaining how leasing works. Want to look at some leasing deals? Take a look at our personal leasing search tool.

** These deals are indicative examples of some packages available as of 22 January 2021, but are subject to change without prior notice. Everyone's financial circumstances are different and the availability of credit is subject to status. Terms, conditions and exclusions apply. Parkers cannot recommend a deal for you specifically.