The Audi A7 Sportback fits into a niche occupied by the Mercedes-Benz CLS and the BMW 5-series GT but which of the three is the better proposition for the company car driver? We've crunched the numbers and here's what we found.

The CLS gets a choice of five engines. The cleanest is the 350CDI, which returns 37.2mpg with 224bhp. The fastest is the 63AMG, but this is unlikely to be the company car drivers' choice thanks to its 6.2-litre engine returning 19.5mpg.

The most efficient derivative of A7 is the 3.0-litre diesel with 204bhp. Thanks to technology such as stop/start and Audi's continuously variable transmission, emissions of 139g/km CO2 mean the car sits in the 19% benefit-in-kind tax band. So, with a car with a P11d value of £44,000 a company car driver on the 40% pay scale should pay £279 per month in BIK tax.

Pick of the trio
Audi A7 - the stats tell a blunt story - it's the cheapest for company car drivers by a mile. A £100 a month saving cannot be sniffed at.

In terms of boot space the CLS gets 505 litres, but you'll have to pay extra for folding rear seats to increase capacity further. However, while the 5-series GT gets 440 litres and the A7 Sportback gets 535 litres with their seats up, the rear seats can be folded to create 1,700 litres for the BMW and 1,360 litres for the Audi.

The latter two get a hatchback-style boot, making loading ungainly objects into the boot a much easier task. However, the 5-Series GT also has a clever split tailgate which adds an extra level of practicality over the other two cars.
The A7 Sportback suffers slightly with its sloping roof, meaning rear occupants over six feet tall may find the roof a tad closer than they'd like.

All three offerings seat four adults fairly comfortably and they all have stylish interiors and enough kit to safely slot into the ‘premium' segment. On paper there's one clear winner. The A7 Sportback has the biggest boot with the seats up - although the BMW's split tailgate trumps it on practicality - and the cleanest, most efficient engine of the three cars. It's also significantly cheaper with regards to company car tax, saving nearly £100 each month over the BMW and around £250 over the Mercedes offering. 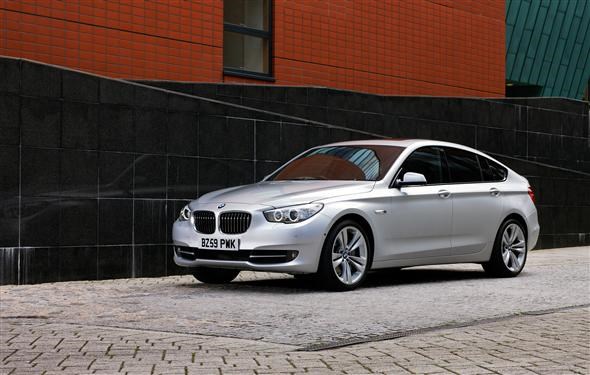 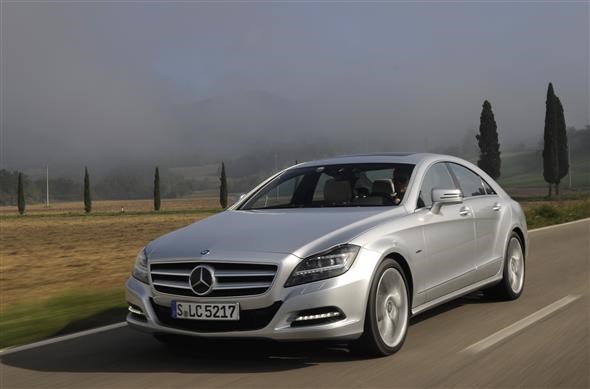