The Peugeot iOn has now been adopted by three fleets in the UK which suggests that the fleet market is getting on board with electric powered vehicles.

Government research has shown that ‘range anxiety' is the biggest cause for concern. People have been put off because they are worried the battery will run out of charge before the end of their journey.

Phil Constable, Head of Specialist Services for Tube Lines, explains why range anxiety hasn't affected his decision: "I think the Tube Lines fleet can adapt to using electric vehicles; our engineers do 50-70 miles a week and, given the Peugeot iOn has a range of 93 miles, electric works for us. Besides, we have many facilities around the capital for fast charging."

Terry Melton, Fleet Manager at Apollo, says: "I was attracted to the commercial case for the Peugeot iOn, seeing that it is exempt from the Congestion Charge and 'pay and display' parking, too. Some of our staff are currently using public transport which makes them much less mobile when on site, and that's where we could really benefit from the Peugeot iOn.

But what about the price? It's £415 per month to lease the iOn, so can fleet managers justify the cost?

Melton thinks so: "The technology is definitely in place now for electric vehicles to be a success, but it's also reassuring that Peugeot's warranty covers the vehicle, battery and electric drivetrain for the duration of the four-year lease." 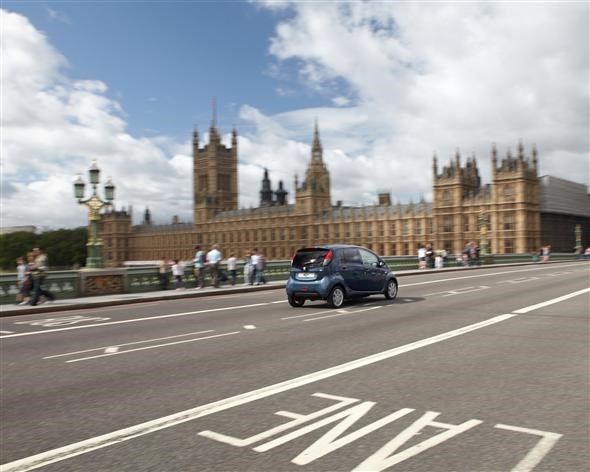