With people becoming increasingly concerned with fuel economy and the rising cost of road tax many manufacturers are releasing 'eco' versions of cars and engines, offering improved fuel consumption and reduced emissions.

Vauxhall, looking to attract buyers to the Corsa, has added a start/stop system to the existing 1.3-litre diesel model, which is available on S and SXi trim levels.

With the addition of start/stop the Corsa gets an extra 3.3mpg compared to the normal model on the combined cycle - returning 70.6mpg. CO2 emissions have also dropped, down to 105g/km, meaning that the Corsa sits in the 13% company car tax band.

As well as lower emissions, Vauxhall has uprated some components to ensure they last. An enhanced starter motor is used, along with a high performance battery for efficient re-starts. An additional water pump keeps the cabin warm in cool weather during the stop phase and owners have the ability to turn off start/stop completely via a dashboard button.

While the 1.3-litre engine lacks the punch of its bigger 1.7-litre brother, it's much more refined and smooth - and is surprisingly capable at cruising on the motorway, sitting at low revs at 70mph. It makes 74bhp and 140Nm of pulling power, giving a 0-60mph time of 13.9 seconds.

The start/stop system works predictably with the engine shutting off when you stop and restarting almost instantaneously, making for hassle-free getaways.

The new start/stop-equipped Corsa is available to order now, for £13,695. 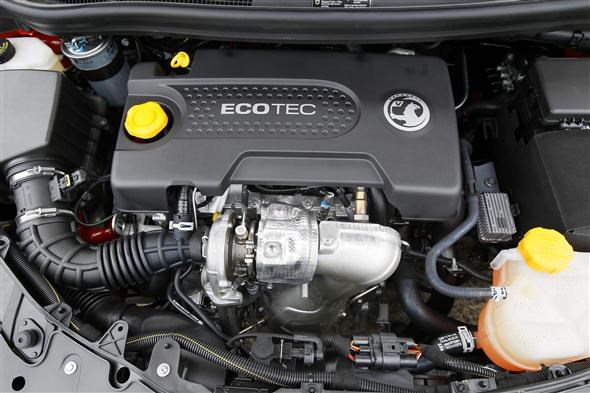 The Polo features a roomy, well-built interior and it's quiet on the motorway. It is £750 more than the Vauxhall, however, costing £14,445 - but it gets free road tax and a claimed combined economy of 80mpg.

The Fiesta's one of the best cars to drive in the class and comes with lots of equipment and stylish looks. It returns a combined economy of 67mpg, also costs £20 a year to tax and is priced at £13,845.

The Skoda might not be as stylish as the Corsa but it offers similar economy of 68mpg combined and the same £20 yearly road tax. It's also a little faster but it doesn't score as well as Vauxhall in the Euro NCAP crash tests.