Jeep has announced a new diesel engine for the Patriot 4x4.

The current 2.0-litre diesel, which is sourced from Volkswagen, has been replaced with a more modern 2.2-litre diesel from Mercedes-Benz.

The new powerplant features improved technology and makes 161bhp, 23bhp more than the previous engine. Pulling power is also increased by 10Nm to a total of 320Nm, while average fuel economy rises from 42mpg to 43mpg.

As well as increases in performance and economy, there have also been decreases in emissions, with CO2 output dropping from 180g/km to 172g/km. This means the Jeep occupies the 27% benefit in kind tax band.

The more powerful engine bumps the Jeep's top speed from 117mph to 125mph, while the 0-62mph sprint is completed in 9.4 seconds - 1.2 seconds faster than before. Thanks to the extra grunt the towing weight (braked trailer) has risen from 1,500kg to 2,000kg - more than equivalents like the Chevrolet Captiva and Kia Sportage.

The base specification Sport trim models now get body coloured door handles, an auxiliary connection for MP3 players, hill start assist, a leather wrapped handbrake and active head restraints (which move forward in a rear-end crash to support your head).

The new Jeep Patriot is available to order now starting at £17,495 for the Sport model, while the Overland costs £21,995. 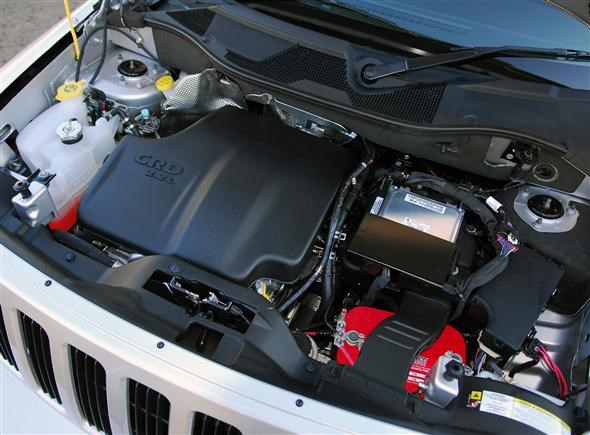