Audi has unveiled its new A6 model which is lighter, greener and comes packed with more gadgets than before.

Thanks to a new steel and aluminium combination, the latest model has shed 525kg compared to its predecessor. This weight-loss has helped improved agility, economy and emission according to the manufacturer.

On the emissions and economy front, the pick of the engines is the 2.0-litre TDI with 174bhp. Emissions are an impressive 129 g/km - meaning it'll sit in the 18% benefit-in-kind tax bracket - while economy is up to an average 57mpg Audi claims. Don't be fooled by the 'green' credentials though as it will still hit 62mph in 8.7 seconds.

Other engines in the line-up include the 3.0-litre TDI producing either 201bhp or 242bhp with the sole petrol option is a 3.0-litre TFSI with 296bhp. All engines come with stop/start and the company's energy recovery system. These will be joined later by a petrol electric hybrid model.

There are three different gearboxes depending on which variant you go for. For front-wheel drive choices is a six-speed manual or a six-speed multitronic CVT automatic. Quattro models get the new seven-speed S tronic also found in the RS5.

The two trims on offer in the UK will be SE and S-Line. SE models get alloy wheels, leather upholstery, cruise control, front and rear parking sensors, Bluetooth connection and light and rain sensors.

As you'd expect from Audi, the optional extras list is extensive. For an added cost buyers can specify an eight-inch sat nav info screen with touch pad - the same one found in the latest A8 - as well as, head-up display, park assist, night vision assistant with thermal imageing camera, comfort seats with heat, cooling and massage function, Bang and Olufson stereo system and supple leather trimming. 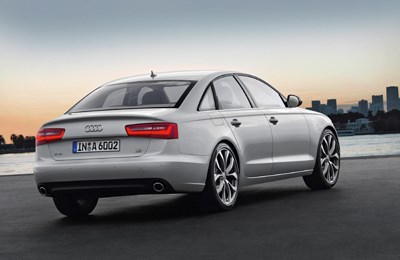 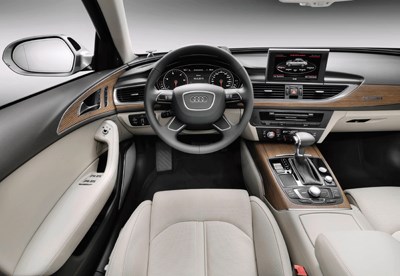