Peugeot has taken the wraps off its new 508, a car set to step into the ring with the top selling cars in the company car market.

The French brand's 407 replacement is set for a public unveiling at the Paris Motor Show at the end of September, and will come in both saloon and ‘SW' (or estate) versions.

The saloon is likely to be the car of choice for company car buyers. It's also bigger, with 25% more space in the boot than its predecessor.

In SW form the 508 gets a panoramic glass roof and the boot offers 660 litres of loadspace without the rear seats folded down (over twice as much as a Vauxhall Astra).

There will be a range of petrol and diesel engines available. The headline act for company car drivers will be a 1.6-litre diesel engine that emits 109g/km of CO2. This is thanks to e-HDi technology, otherwise known as start/stop, which switches the engine off automatically when stationary to save fuel, cutting emissions by 15%. Without e-HDi, the 1.6-lire unit pushes out 124g/km of CO2 so sits in the 18% company car tax band.

However, in 2012 the e-HDi system will be overshadowed by the launch of a 508 with a HYbrid4 diesel/electric system that will bring emissions down to 99g/km, meaning it will be eligible for the lowest band of company car tax (13%) until 2013 at the very least. It works by having a normal diesel engine powering the front wheels and an electric motor powering the back, with the amount of power going to each end constantly changing to adapt to the road conditions.

Prestige buyers will be pleased to hear that Peugeot will also launch a 508GT, with a 2.2-litre HDI diesel engine fitted. This will be the top-spec car, and gets 204bhp while emitting 150g/km, placing it in the 19% company car tax bracket this year and the 20% bracket next year. 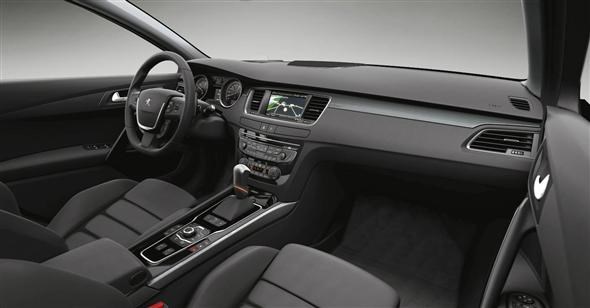