Diesel and high performance haven’t always been available in the same car. I remember taking my first driving lessons in 1990, coincidentally, behind the wheel of one of my Mondeo’s predecessors.

It was a Ford Sierra 2.3D. This was the only diesel engine offered in the Sierra, and, registered in 1988 it was around the same time that company fleets began adopting diesel cars in the UK.

Ford had no diesel heritage, and the engine was sourced from Peugeot-Citroen. This was before turbo chargers became the norm for diesel cars, so the normally aspirated engine could muster no more than 67bhp – less than offered in the least powerful Ford Fiesta diesel in 2008.

I seem to remember the car being quite slow. Although the Sierra is much lighter than the latest Mondeo, dashing from 0-60mph would have been more a marathon than a sprint, taking about 16 seconds.

Things are different 20 years on. The Mondeo offers a choice of diesel engines (coincidentally, the Mondeo diesel engines are developed in partnership with Peugeot-Citroen) and this 2.2-litre turbodiesel has a smaller engine capacity than the car I learned to drive in, but offers 108bhp more.

It is supposedly capable of completing the 0-60mph dash in 8.4 seconds – roughly half the time of the old Sierra diesel and has a top speed of 139mph. Fuel consumption is also better, regularly achieving about 42mpg, when I seem to remember the Sierra averaged about 40mpg.

So great progress has been made with diesel over the last two decades, the most remarkable being that customers can actually choose them because of the better performance than a petrol equivalent. 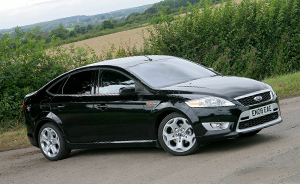