The Mondeo Titanium X Sport is fitted with parking sensors. I always think parking sensors are a worthwhile investment – the cost of them would invariably be offset against the cost of two or three paint repairs around the bumpers during a few years of ownership, especially as they would be the sorts of jobs that would typically cost less than the excess on the car insurance.

Although they’re standard on the Titanium X Sport, the cost of adding them as an option lower down the Mondeo range at the time of writing is £400.

As I’ve said in previous reports, the Mondeo is a big car so the sensors would prove particularly useful. For those of you unfamiliar with them, parking sensors are located in the bumper of the car and when parking (they are often automatically engaged when reverse is selected but can be activated manually) they beep with greater frequency as the car moves closer to other objects. A continuous unbroken tone means the car is inches away from another vehicle, a wall or whatever other obstacles might threaten to damage the car.

The Mondeo’s sensors play different tones front and rear, and the dominant one is the one with the closest obstacle.

However, my car seems to have overactive sensors at the front. As soon as they are activated the front sensors beep frantically even though there may be no obstacle nearby.

A little irritating but I think I can tolerate it for the rest of my time with the car. Time will tell. 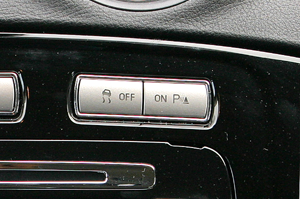 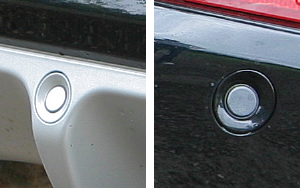