This car has been superseded by a newer model, click here to go to the latest Audi A4 Saloon review. 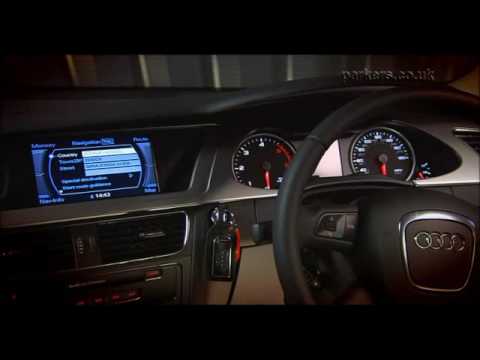 Audi has tried long and hard to make its A4 as desirable as the BMW 3-Series but hasn't quite succeeded, at least until now. While the BMW may still have the edge on ultimate driver appeal, the 2008 A4 is a better all rounder.

As beautifully finished as ever, Audi has ensured the A4 saloon is priced a little lower than premium alternatives and is more generous with equipment. Build quality was never in question, but the A4 also offers unrivalled interior space, superb comfort, improved driving dynamics and excellent refinement - making it one of the class favourites. There's also a great choice of engines offering everything from economy and low emissions to high performance options available. One of the few negative points that some may highlight is the rather somber looks that haven’t changed much over the different generations. Despite this, the A4 is one of Audi’s best sellers and a big favourite among private buyers and company car drivers alike.

Whether you are a after a powerful petrol engine for performance or an economical and low-emitting diesel car to help save costs, the Audi A4 Saloon has a selection of engines that should cater for any time of buyer. The pick of the diesel range is the 2.0-litre TDIe engine, which emits just 115g/km of 02 – which cuts the costs of road tax and company car tax – as well as being capable of achieving 64mpg, according to Audi. It will still go from zero to 62mph in just 8.4 seconds though due to the 161bhp on offer.

From 2014 a new 2-litre diesel engine capable of 67.3mpg and CO2 emissions as low as 109g/km was added to the line-up, further reducing road tax and company car tax.

With a slightly longer wheelbase than the previous car, rear passengers get more knee and shoulder room and there’s even enough room for three to travel in the back in relative comfort. Also impressive is the 480 litres of boot space on offer, matched only by the 2012 BMW 3 Series. Drop the rear seats and it only expands to a slightly disappointing, but useable, 962 litres. So the saloon is good, but does it have what it takes to outmuscle its German rivals like the BMW 3 Series and Mercedes-Benz C-Class Saloon? Read the full Audi A4 Saloon review to find out.