Jealousy is an ugly thing...

I’ve had the MX-5 a few months now and unfortunately experienced two of the most common acts of intentional damage against it. The first was when someone obviously took a fancy to the rear badge and nicked it. Luckily this didn’t leave the paint damaged and it should be easily fixable.

The second was finding the passenger side wing mirror hanging off one morning. This could have been traffic on the road getting a little too close but more likely drunks wondering back from town in the early hours of the morning! Looking at the now exposed design, there doesn’t appear to be much give at all, which is probably why it snapped clean off.

Some of the older cars I've owned have mirrors with a huge amount of spring in them, allowing the casing to simply be popped back in if something similar happened. However on the plus side the wires for the motor held it onto the car, so at least it didn’t go missing only to turn up on eBay sometime later!

With the initial annoyance over, I found the mirror very easy to patch up with duct tape - at least until it can be fixed. Overall I’ve found the MX-5 reassuringly secure, even though I live in the town centre and such a car is bound to attract some unwanted attention.

Of course, having a hard top as oppose to a fabric roof makes the MX-5 RC far more secure while standard security kit includes a Thatcham Category 1 alarm with internal movement sensor and an immobiliser plus remote locking with dead locks. The good thing about the alarm is that it isn't too sensitive, so you can leave the top down in the summer and it won't go off unprovoked. 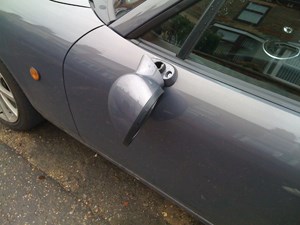 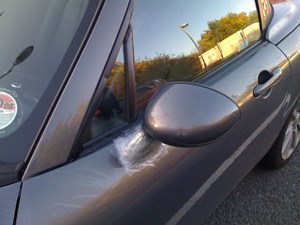