Proof that a great-handling car needn’t be expensive 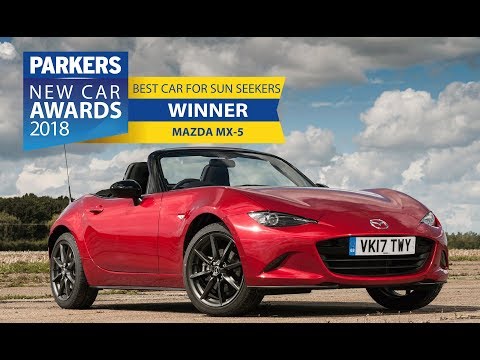 Written by Lawrence Cheung on 05 August 2020

The Mazda MX-5's appeal is so broad, that if you've stumbled across this review you could be looking at dipping your toe into the cold fresh water that is sports car ownership. Or you could be a serial MX-5 owner after the latest model.

After all - if you've read a few other reviews or any car magazine ever, you'll already know the MX-5 is the bestselling sports car of all time. People love the way it drives, its top-down laissez faire thrills, and its reliability. Plus it's one of the cheapest ways to get in the driver's seat of an all-time classic sports car setup that's disappearing from roads at an alarming rate - the front engine rear-wheel-drive convertible format.

Direct rivals are few and far between

There are two schools of thought when it comes to MX-5 rivals. The first set is the most literal, in the form of other rear-wheel drive convertibles. The BMW Z4 fits the bill, as does the Fiat 124. This shares mechanical bits with the MX-5 and was even built in the same plant in Japan. It's no longer available new, but there are quite a few knocking round on the used market.

Add a hard top roof, and there's the likes of the Toyota GT86 and Subaru BRZ. While if you're not bothered about rear-wheel drive, there's always the Audi TT.

And if you're after an expression of fun at any speed, there's always the hot hatchback brigade. The Ford Fiesta ST is our pick of these supermini-sized performance cars, although if you're after something a bit bigger and faster, we thoroughly recommend the Honda Civic Type R too.

Italian philosopher Umberto Eco mused that 'people are tired of simple things', but apparently the roof design team in Hiroshima (where the Mazda is made) weren't big on ideology.

The MX-5's roof is fabric, not metal, and manually operated. It's super simple, and you can open and close it with one hand. And it'll only take just a moment, perfect for when the British weather suddenly opens. However, if you do want an electric hard-top, then the Mazda MX-5 RF fits the bill.

The simplicity is carried on inside. The gauges behind the steering wheel are clear and concise, and the rotary controller that manages the infotainment is mastered in moments, not months.

The MX-5 is available with a choice of two four-cylinder petrol engines. They’re named SkyActiv-G – Mazda’s parlance for its range of highly efficient, naturally aspirated (that’s without any form of turbocharging) petrol engines.

Entry-point for the range is the 1.5-litre, an engine Mazda engineers are said to be particularly fond of as they believe it fits with the car’s simple, lightweight design philosophy. At launch, it was offered with 131hp – this was upgraded in the 2018 facelift to a dizzying… 132hp. Though it revs sweetly, sounds zingy and makes the car feel very light on its feet, some may find it lacking in overall power.

That’s where the 2.0-litre comes in. It packs 184hp (older models made do with 160hp), is much faster than the 1.5-litre, and it’s the clear pick of the range if you do value performance. It's worth noting if you want an automatic gearbox, you'll have to choose the RF.

Plenty of limited editions over the years

Spec wise, there are a lot of choices for regular buyers, ranging from SE-L, to Sport, Sport Tech and GT Sport Tech. If you want something a little more individual, however, it's not difficult to find a limited edition accompanying the range - it's almost a yearly occurence - and usually dresses up the MX-5 with special paint and interior colour combinations. You can read the full list of models released over the years on the Verdict page, but the latest one to arrive in 2020 is aimed at Mazda connoisseurs, the R-Sport.

It's limited to 150 examples, is only available with the 1.5-litre engine, and features Polymetal Grey Metallic paint, a grey soft-top hood, and 16-inch RAYS alloy wheels.

Click through to read everything you need to know about the Mazda MX-5, including its practicality, interior, how much it costs to run, what it's like to drive – and whether we recommend buying one.