This car has been superseded by a newer model, click here to go to the latest Toyota Yaris review. 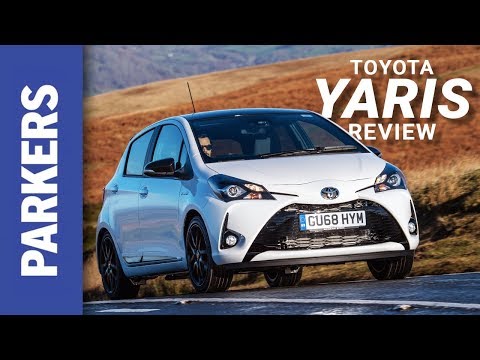 If you fancy one of these third-generation Toyota Yaris hatchbacks, then you’ll need to act quickly: it’s set to be replaced by an all-new – and significantly better supermini before the end of 2020.

Given that it’s not going to be around for much longer, does that mean you should overlook the Yaris completely? No, because it has a deserved reputation for reliability, easy of use and urban fuel efficiency – until recently, the Toyota was the only small hybrid on sale in the UK.

With two significant facelifts within six years of its original launch in Britain, the Yaris must run Cher close in terms of dramatic makeovers.

Revisions in 2014 focused on transforming the front-end styling, while the 2017 modifications were particularly obvious at the rear, where horizontal tail lamps are bisected by the tailgate, with more tweaks made to the front that bring it into line with the smaller Toyota Aygo.

In total, Toyota boasted of some 900 fresh elements for the Yaris, although without them being highlighted in high-viz yellow, you’d be hard-pressed to spot them.

The interior’s also been titivated with some bolder colour schemes and an improved multimedia system, but it still trails some of its rivals’ more responsive touchscreen infotainment systems.

It’s also worth noting what ceased to be available post-2017’s facelift: gone are the diesel-engined variants along with the three-door bodystyle. Sensibly Toyota’s consolidating its efforts on the petrol- and hybrid-engined five-door models that sell better.

When launched, the Toyota Yaris was one of the safest superminis you could buy thanks to every model coming with driver, passenger, side, curtain and driver’s knee airbags to give a total of seven. It still performs well compared with newer rivals, despite the relative age of the original design.

Toyota’s Electronic Stability Control system also keeps it on the right track even in slippery conditions. Anti-lock brakes work in conjunction with emergency brake assist to apply full pressure on the brakes in critical conditions, while brakeforce distribution makes sure the stopping power is sent to where it can best be used to slow the Yaris as quickly and effectively as possible.

Hybrid-powered Yaris is ideal around town

The model range is clearly biased towards sense and sensibility rather than fun. However, there was also a Gazoo Racing-inspired – that’s Toyota’s motorsport division – Yaris GRMN armed with a 212hp supercharged 1.8-litre engine that stuck out from the rest of the range like a sore thumb.

With no D-4D diesels in the line-up following the 2017 revisions, it’s a choice of petrol or hybrid, all geared-up for efficiency in urban environs rather than driving spirit on more open roads.

Most interesting – but only serving those who drive primarily in towns well – is the 1.5-litre VVT-i Hybrid, which over 40% of Yaris buyers opt for. It only comes paired with the CVT automatic gearbox that’s optional on the petrol-only 1.5. Efficiency is king here, so spec the Yaris with smaller wheels for the official claims of up to 58.8mg and CO2 emissions of just 108g/km.

All that sounds positive, but it’s not just the Mk4 Yaris looming large that the current model has to contend with – the competition is deeply impressive. It’s not simply the strength-in-depth of the Ford Fiesta and Renault Clio it’s up against – both of which will be available as hybrids during 2020, there’s the likes of the Peugeot 208 and Vauxhall Corsa, both of which are available in fully electric forms as the e-208 and Corsa-e, promising even greater efficiency than the Yaris hybrids, albeit at a significantly higher price.

Continue reading our Toyota Yaris full review and find out whether it should still be on your shopping list.

Renault
Clio Hatchback
4.4 out of 5 4.4
Advertisement
How much is it to insure?