When it comes to premium saloons, few cars are as desirable as the BMW 3-Series. It's not hard to see why either - it's great to drive, superbly built and has an upmarket image. But enter the new Audi A4 - a car determined to steal the limelight.

The latest A4 promises better comfort, more practicality and stronger residual values than the 3-Series. So time for a back to back test with an Audi A4 2.0TDI SE – the closest competitor to the 318d Edition SE.

On paper these two are very similar with identical power and performance figures, although there's a considerable difference in price:

But in the real world there are very noticeable differences. For starters the A4 feels roomy, particularly for rear passengers and the boot is easier to load thanks to a wide opening.

It also offers better comfort with a smoother ride. However the 318d outshines it on the handling front. The BMW also feels planted and more secure through the bends. The Audi hits back with an engine that's more muscular with less need to change gear than in the 318d, but the BMW is more frugal on fuel.

The two cars certainly feel different to drive. But when it comes to long term value the Audi is predicted to be worth £12,895 after three years (or 30,000 miles) compared to the BMW’s £11,370. That’s quite a difference.

And my choice? Well maybe I've been swayed by having driven one for three months but i'd go for the 3-Series. It's more economical than the A4 and - in my opinion - more enjoyable to drive. 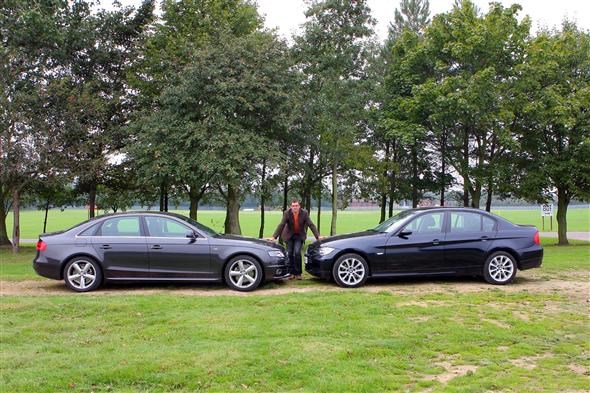 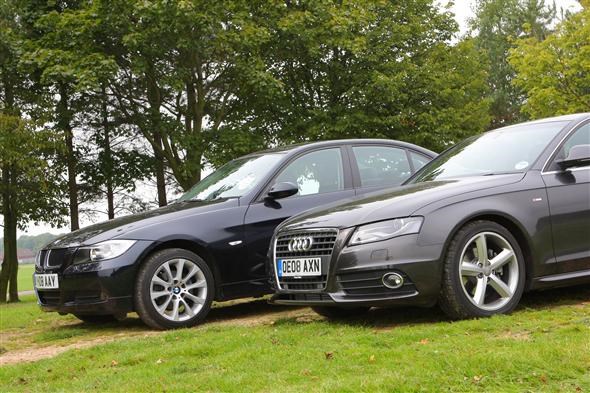