In the parlance of the motoring industry, the 3-Series is a compact executive car. Which translates as ‘having a small boot’. Rear legroom isn't too bad, even for adults, so carrying large or bulky items should be possible just by lowering the rear seats to open up the boot.

Except you can’t. Unless you specify the optional folding rear seats (or ‘through load system’) for £335. Truth is, for any large items this is essential. For instance, to carry my bicycle, I had to remove both wheels and the seat in order to fit it in the boot.

If the rear seats folded down then I would only have to remove one wheel. That said, the amount you can cram into to 460-litre boot is surprising. It took some doing but I managed to get: one family-sized suitcase, a very large bag, one 40-litre rucksack, eight carrier bags, two bodyboards and one camera bag in.

Okay, as you can see in the pictures things are squashed but that's far more than I thought would fit! As the 3-Series doesn't need a spare (it's fitted with run flat tyres) there's also extra storage under the boot floor. But the big question how does the BMW's boot compare to the alternatives?

As this table shows, the BMW is slightly smaller than the A4 and C-Class (both of which are newer models) but the Mondeo is the most impressive here. Plus of course it has the advantage of being a hatchback, although if we're comparing like for like a saloon Mondeo is also available which actually has more boot space with 535 litres. 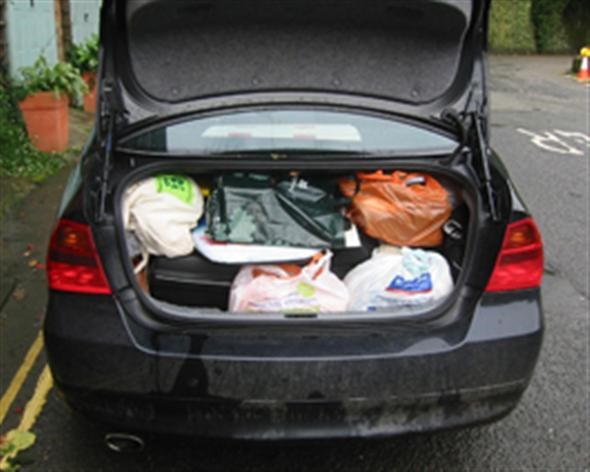 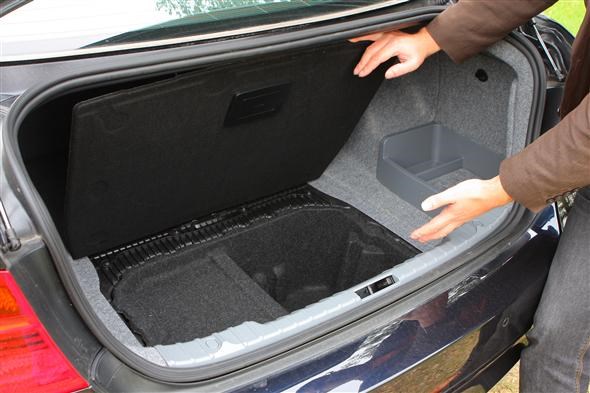