Like all BMW 3-Series models, our 318d is fitted with technology designed to reduce emissions and save fuel. It's called ‘Efficient Dynamics’ and while many of the systems are hidden away (for example flaps behind the bonnet grille to reduce drag) some are more noticeable.

The main one is the automatic Stop/Start system which cuts the engine if you are stuck in a traffic queue. You have to be in neutral and as soon as you let the clutch pedal up, the engine cuts out. When you push the clutch back down the motor automatically fires up.

It may sound strange but you soon get used to it and combined with the gear shift indicator it means I'm saving fuel and money. Cleverly if the car senses the battery is getting low then it will start the engine automatically. Given how costly diesel is that is no bad thing!

Plus it means my carbon footprint is smaller too. And while better fuel consumption helps save dosh, the lower emissions mean a lighter road tax bill. In fact, when you compare this version to its predecessor (see below) which didn't have Efficient Dynamics, not only is it cheaper to run and tax, but it's actually more powerful.

True it's £770 more expensive but even without Efficient Dynamics fitted the price of the 3-Series would have risen from 2005 to 2008. And given the later model’s more frugal fuel consumption and cheaper tax, you’ll make that difference back if you cover long distances. 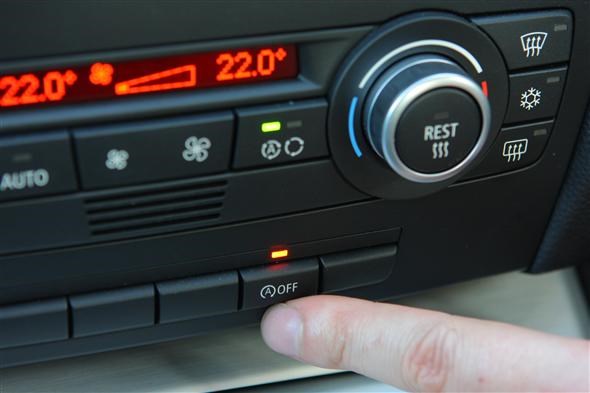