Six months with the BMW

After six months and more than 10,000 miles, the 3-Series has proved itself an accomplished car. In its Touring guise, it is at its most versatile. So it is sad to see it go. There are many great touches that have made ownership not only easier, but pleasing too.

The rear windscreen that opens has proved itself many times over when access to the boot is restricted. The stop/start technology is simple, easy to get used to and saves fuel, plus the little touches such as the plastic hooks in the boot to hang shopping on make ownership stress-free.

The downsides are the initial purchase price and lack of equipment considering the cost. On the upside though, you get a car that is unmistakably premium and has low running costs considering the performance you get from the 2.0-litre diesel engine.

Considering the experience of both the saloon and the Touring body styles, the 318d and 320d engine versions, I'd be tempted to go for the 318d Touring as the best set-up. It's a premium car that has a versatility that would really suit family life. 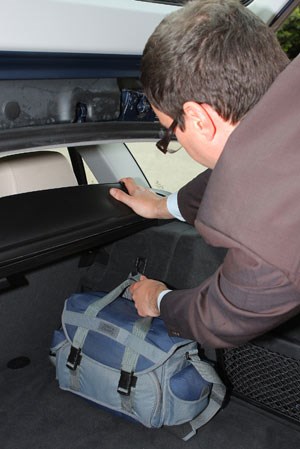