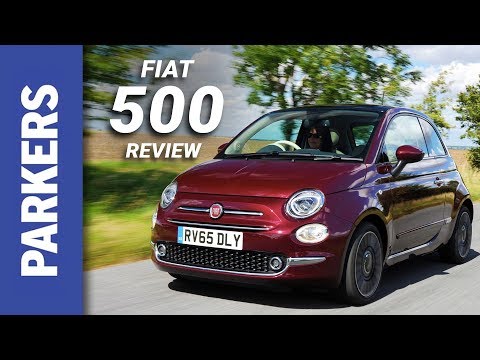 Fun and characterful retro looks, frugal engines with low running costs and a bright and cheerful interior are the main reasons why the Fiat 500 has been consistenty popular among car buyers since this three-door city car was relaunched in 2008.

That's a long time to be on sale and while there was a major overhaul for the car in 2015 with tweaks to the styling and interior, the 500's engine range and trim level line-up have been adjusted throughout the car's lifespan to keep it fresh.

Rivals for the 500 are many and varied, including the MINI Hatch and city cars like the Volkswagen Up, Peugeot 108, and Smart Fortwo and Forfour. It’s not just all show and no go, with go-faster Abarth 595 and 695 versions to appeal to fast Fiat fans, as well as a 500C convertible. All models come with an efficient engine range with low running costs and a quirky interior.

Much of the modern Fiat 500’s appeal lies in its retro looks that hark back to the 1950s original. Fiat has carefully updated these looks to retain the essence of the original while making the car bigger on the inside to give it a bit of practicality.

Like the MINI Hatch that also borrows so much from its heritage, the Fiat 500 has an instant appeal for many buyers and they can build on this with a vast array of options.

These include everything from a set of alloy wheels to bold stripes for the bodywork, and a huge number of exterior colour options and matching interiors to go with it.

The agile handling and compact size of the Fiat 500 make it ideal as a city car. And while there are four seats, the restricted amount of rear legroom means the back ones are best reserved for kids on the school run.

A small boot further underlines the 500’s city-dwelling credentials, but at least it’s possible to flip the seats down to free up a bit more room for bulkier items, while useful touches like a button on the dash to lighten the steering for city driving and to make parking in tricky spots easier reinforce its urban focus.

However, on the motorway, the 500 feels out of its natural habitat. The dinky engines – a choice of 0.9-litre TwinAir turbo and 1.0-litre hybrid petrols (added in 2020) and, formerly, a 1.3-litre diesel – can struggle with overtaking and steeper inclines – requiring the driver to change down a gear or two on the motorway.

There’s also some buffeting from trucks and larger cars felt in the compact Fiat. However, the small size does make the 500 a good car for country lanes, where its narrow dimensions let it slip through gaps more readily, while visibility is excellent.

Major facelift in 2015, plus regular updates

The Fiat 500 had a mild update in 2014 with new interior fabric, a new digital display behind the steering wheel and a more powerful 0.9-litre TwinAir petrol engine joining the range.

A more extensive facelift occurred in 2015, with tweaked Euro 6 engines, different styling, and a longer list of customisation options. A 3D-effect grille and new LED daytime-running lights were added, plus ring-shaped tail lights with body-coloured centres jazzed-up the rear end.

In 2020 a mild-hybrid petrol engine joined the line-up, offering the promise of fuel and money saving potential thanks to the ability to recuperate and store energy in a battery. We've spoken about this at length in the Performance and MPG sections of this review.

This was owing to the lack of advanced safety technology available on the 500 (not even as an option), such as autonomous emergency braking and cross-traffic alert.

Put simply, the 500 is just as competent in the event of a crash as it always was, yet it’s ability to autonomously avoid accidents is far less than key rivals such as the Volkswagen Up and Peugeot 108.