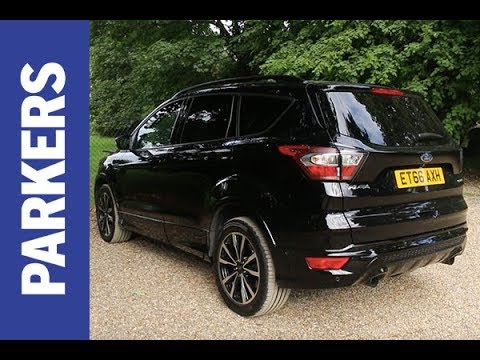 The Kuga is consistently one of Ford’s most popular models, and it’s a safe and solid option for family buyers looking for an SUV that’s good to drive. It sits between the EcoSport and Edge in the company’s SUV range. There’s a huge amount of competition, though, with rivals including the Volkswagen Tiguan, Skoda Karoq and SEAT Ateca from the VW Group, as well as the Peugeot 3008, Vauxhall Grandland X, Kia Sportage, Hyundai Tucson, Mazda CX-5 and Honda CR-V.

The Kuga was updated in 2016, bringing in styling changes to make it consistent with the rest of the Ford line-up, as well as much-needed alterations to the interior to reduce the amount of buttons and make room for the latest Sync3 infotainment system. There’s a comprehensive engine range with petrol and diesel choices, manual and Powershift automatic transmissions and the choice of all-wheel drive on particular models.

Range of engines for Ford Kuga

There have been numerous engine and gearbox options on sale over the Kuga’s lifecycle so far. Some of the standout engines include a low-tax, high-fuel economy 1.5-litre TDCi diesel along with a 2.0-litre, all-wheel drive automatic version offering a 2.1-tonne braked towing weight. It’s fair to say that the Kuga isn’t the last word in off-roading capability, but when fitted with the all-wheel drive system it is capable of heading on to fields or muddy tracks.

The focus is very much more steered towards delivering a decent road drive instead. The ride and handling are very impressive, and you can now spec features such as automatic parking, a powered bootlid and an electrically retractable towbar to make life easier still.

Inside, the Kuga is really well put together. Its cabin isn’t as smart as VW’s Tiguan, for example, but manages a practical blend of style and suitability for family car buyers. The update in 2016 saw the introduction of Ford’s latest infotainment system – called Sync3 – which means plenty of modern features such as voice control and Bluetooth music streaming are thrown in. It’s a safe car too, with a five-star Euro NCAP crash-test rating and the availability of advanced driver-assistance features such as adaptive cruise control and lane-keeping assist.

Our leasing partner, ZenAuto is offering Ford Kugas from £341 per month. The usual terms and conditions apply.*

Hyundai
Tucson
3.9 out of 5 3.9
Advertisement
How much is it to insure?