Dependable mid-size SUV, but it lacks the wow factor 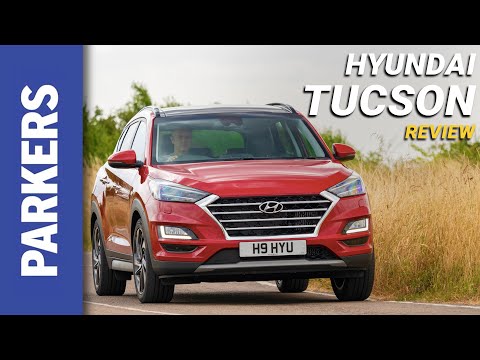 The Hyundai Tucson is an important car in the Korean firm’s range – in fact it’s one of the most popular, competing in a very crowded area of the car market. It’s a mid-size SUV sitting between the quirkily-styled Kona and the seven-seat Santa Fe with a mature look and feel, a wide variety of trim levels and engines and a spacious interior.

However, it needs to impress to steal attention away from the competition in one of the fastest-growing car market sectors. Rivals include the Volkswagen Tiguan, Mazda CX-5, Peugeot 3008, Kia Sportage, Citroen C5 Aircross and Nissan Qashqai, so it doesn’t have it all sewn up. Even high-spec models tread on the toes of premium rivals like the Volvo XC40 and BMW X1.

Hyundai packs a lot of kit into its cars, though, so the Tucson could represent quite good value, but is it good enough to beat its many and varied rivals?

>> There is a new Tucson on the way, with an all-new replacement arriving by the end of 2020. Read about it here

Interior is well-built and packed with kit

The Tucson’s main remit is as comfortable family transport, and its spacious, hardwearing interior does this job very well. There’s space for four adults to sit in comfort, a 513-litre boot capable of swallowing plenty of luggage and Isofix points in the outermost rear seats to make fitting child seats safe and easy.

Hyundai’s typically generous equipment levels endow every car with dual-zone climate control, 16-inch alloy wheels, LED daytime running lights, a reversing camera, Apple CarPlay and Android Auto smartphone connectivity and a generous level of safety equipment. As you move up through the trim levels, new kit is added, but as per Hyundai’s usual policy the only real optional extras the customer has to select are the paint and upholstery colours. Trims to pick from include S Connect, SE Nav, N Line, Premium and Premium SE.

The Tucson achieved a five-star Euro NCAP crash test safety rating, so you can be assured it’s a safe vehicle. Though the testing procedure has moved on in the four years since the Tucson was last tested, Hyundai’s added some safety equipment to keep pace with the rest of the crossover crowd.

Easy and comfortable to drive

The Tucson’s priority for its passengers is a quiet, refined and comfortable drive. This focus does mean it’s nowhere near as satisfying for a keen driver as something like a SEAT Ateca, but considering most family crossovers spend their time in congested towns and cities or bowling up and down the motorway, the well-judged combination of a cushioned ride and light controls make it a doddle to drive.

There’s a familiar choice of Hyundai engines on offer, though for a company so close to the head of the plug-in hybrid and all-electric revolution it’s a shame to note that there’s no such powertrain on offer here. Instead, there’s a choice of two petrol and two diesel engines, with the range-topping 185hp 2.0-litre CRDi coming with a mild-hybrid powertrain that improves efficiency.

It’s not the most efficient engine in the range – that honour goes to the 1.6-litre CRDi diesel, producing 136hp and mated to either a six-speed manual or a seven-speed DSG gearbox. However, the Tucson isn’t as competitive on fuel economy or emissions as some rivals, particularly cars like the Toyota RAV4 or Peugeot 3008.

So, is the Hyundai Tucson the ideal choice for your next car? Read on for our full review to find out.

Nissan
Qashqai
3.7 out of 5 3.7
Advertisement
How much is it to insure?