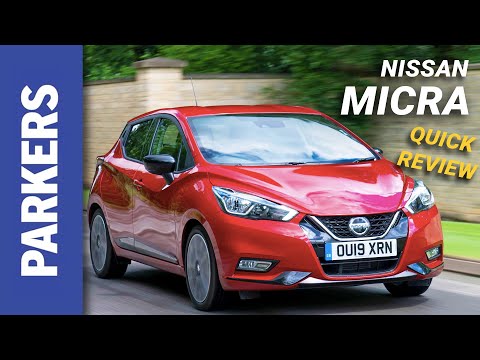 The Nissan Micra has been around since 1993 and since then has developed an enviable reputation as a reliable, dependable and practical supermini. Until the current model launched in 2017, though, it wasn’t a particularly desirable one.

Nowadays, the Micra is a thoroughly modern and quite handsome small car which does a great job at closing the gap between its predecessors its competitors, such as the Renault Clio, Ford Fiesta or SEAT Ibiza.

It doesn’t break any particularly new ground, but nor does it fall short in any area – and that means it’s no longer a car to be avoided, as the previous model was.

Launched in March 2017, the fifth-generation Micra features a totally different look to its predecessor – and indeed, most of its rivals. It’s sharp-edged and stylish, with a bold face and sloping roofline making it stand out from the crowd. Step up to higher trim levels and you can have two-tone paint or stylishly large alloy wheels, too.

The Micra’s five-door bodyshell remains practical for family use, and doesn’t limit interior space too badly – though Honda Jazz buyers won’t find anything to be impressed about in terms of rear passenger space or boot capacity.

It’s in the interior where the Micra’s strengths are most keenly felt, as it’s a high-quality space with well-placed controls and a very pleasant design. There are loads of soft-touch materials, including a swathe of fabric or leather trim across the whole dash face, and there’s plenty of opportunity to personalise the car to your tastes.

And while the tech inside the Micra is nothing to particularly write home about, nor is it lagging behind the pack. You can get an infotainment touchscreen on most models as well as higher-end kit such as a wireless charging pad. The Micra even offers a unique Bose stereo setup, with speakers in the driver’s headrest for a more convincing surround-sound effect.

Nissan gave the Micra a helping hand in 2019. Instead of facelifting the car, it simply added what buyers wanted – an improved engine range, an automatic gearbox, and a slightly more dynamic model called the N-Sport.

This update did the world of good, swapping out the car’s previously available 0.9-litre engine with a pair of new 1.0-litre turbocharged units. If you’re buying a used Micra, you should definitely opt for one of these cars if you’re able, as the new engines are vastly superior.

Nissan continues to offer a basic 1.0-litre engine with no turbocharger for buyers who need less power, as well as a 1.5-litre diesel.

The Micra’s an accomplished small car to drive, with a focus on comfort that will appeal to its traditionally older fan base. Especially when fitted with smaller wheels, the Micra makes short work of lumps and bumps in a way that rivals such as the Kia Rio just don’t manage.

This won’t appeal to those looking for the sharpest drive in the supermini sector, though – the Micra’s handling doesn’t match its razor-edge looks, and fans of a sporty drive would be far better off with a Ford Fiesta.

Could the Mk5 Nissan Micra be the best supermini option for you? Read on to find out.