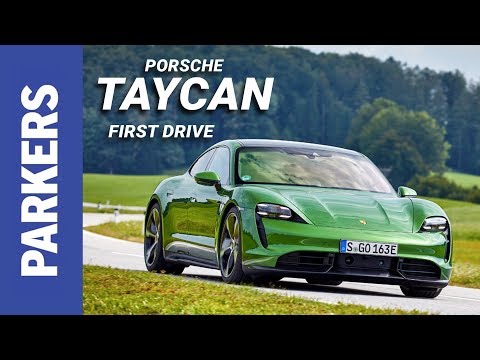 The fully-electric Porsche Taycan has been a long time in the works. What was first previewed as the intoxicating Mission-E Concept back in 2015 is now a fully-fledged production model promising everything we love about electric cars with a uniquely Porsche flavour added.

The Taycan, then, promises to fulfil the Porsche driving and ownership experience that drivers of cars like the 911, Cayman and Panamera know and love, but without the classic howl of the engines they’re so used to. If successful, it could pave the way for a whole line of electric Porsches – but nobody’s talking about diluting the brand’s iconic sports cars just yet.

The most obvious rival for the Taycan is the Tesla Model S – it’s a significant amount cheaper for similar performance and range. Porsche buyers have never been frightened of paying a premium for a superior product, though, so it’s a good thing that the Taycan eclipses any Tesla product in terms of quality and dynamics.

In short, where the Model S feels like it’s been manufactured by a technology company, you can tell the Taycan comes from a car manufacturer with decades of experience.

Taycan buyers could also be swayed by the likes of a Jaguar I-Pace SUV or Audi e-Tron – more practical for family use, certainly, but not really in the same class for keen drivers.

As for the name? Taycan is derived from various Eurasian languages and means something close to ‘lively young horse’. We’re not sure what the link is either.

Originally launched with a duo of models, badged Turbo, the Taycan range now includes four versions, starting with a two-wheel drive, £70,000 model that brings the electric Porsche tantalisingly within range for Model S or e-Tron buyers.

How fast is the Taycan?

It can be very rapid. Both the Turbo and Turbo S models use a 93.4kWh battery pack under the floor and all-wheel drive. Both also have 625hp but feature a launch control function that overboosts power to 680 and 761hp respectively. That means a 0-62mph sprint is over with in 3.2sec or 2.8sec, respectively, with top speeds of both versions topping out at 161mph.

The standard Taycan and 4S use a smaller battery, but can be upgraded to the Performance Battery Plus of the Turbo/Turbo S for around £4,000. This allows a claimed range up to 300 miles on the Taycan, but realistically it increases the range to over 200 miles even in less than ideal conditions, without resorting to Eco mode - which is why you'll want it.

And yes, you did read that correctly – both of the top-spec Taycans are badged Turbo despite not having engines to turbocharge. It seems Porsche’s client base expects high-end performance-focused models to be named in that way and the firm sees no reason not to follow suit with its first battery electric vehicle.

Naming quirk aside, all of that urgency is generated courtesy of a pair of electric motors – offering 850Nm and 1050Nm of torque driving all four wheels. Unlike rivals the handling is superb too, partly because Porsche has mounted the batteries at the bottom of the Taycan’s underpinnings, keeping the centre of gravity low, and reducing bodyroll.

Go for the high-spec Turbo S and equipment like rear-wheel steering is standard. Still, the Turbo isn’t exactly devoid of performance-enhancing kit either; torque vectoring to sharpen-up cornering, adaptive air suspension and Porsche’s Surface Coated Brakes (where the discs are coated for more friction and less brake dust than regular steel brakes) are all standard.

The entry-level Taycan is less dramatic, with 62mph in an undramatic 5.4 seconds from the 400hp motor, driving the rear wheels alone. Less dramatic - but just as impressive, as the V8-esque push is delivered without fuss

It’s a mix of Porsche 911 and spaceship inside. Along with a widescreen infotainment display there is a central touchscreen for controlling auxiliary functions, plus a huge fully digital instrument cluster.

Porsche says you can seat five inside the four-door saloon’s slinky shape and, due to the electric powertrain, there are two luggage areas – one at the front with 81 litres and 366 litres at the rear.

How long does it take to charge?

Porsche says the Turbo will manage up to 280 miles and the Turbo S up to 256 miles under  the WLTP testing procedure. To do that distance regularly, you’ll need to find an ultra-fast 800-volt charger. They’re extremely scarce now, but with enough investment, the picture should change over the coming years.

That 800-volt system the Taycan uses does allow around 60 miles to be added to the car’s batteries in just five minutes if the correct (and most powerful kind of) charger is used.

However, like with almost every other electric car, owners will be encouraged to have a wallbox installed at home for overnight charging on lower-rate electricity tariffs.

Read on to find out what we think of the Porsche Taycan's practicality, interior, running costs and driving experience - or click here to skip straight to our verdict.