Popular used choice - a good one can be found, but be picky

The Vauxhall Mokka was a completely new model launched into the lucrative and rapidly expanding compact Sports Utility Vehicle (SUV) or crossover market. The company hoped that the neatly styled, practical and well specified car would appeal to those with a more active lifestyle, as well as helping to draw in new buyers to Vauxhall.

Introduced in 2012, the Vauxhall Mokka has been a huge success for Vauxhall. Despite the motoring press being less than impressed with the car overall, the motoring public enjoy them and have bought them in their droves. It has urban tough looks, seems to be well made and offers a wide choice of engines and trim levels.

Early 2016 facelift 1.6 'Whisper diesel' engines have been known for defective turbochargers to give up at low mileages. If you hear a whine like a blocked hoover on initial start-up, suspect the turbo is on its way out. If left to completely fail, it will destroy the engine.

Some 1.7 diesel engines were prone to stalling at low revs or when pulling away from rest. Vauxhall issued an in-service modification to re-map the ECU and most were fixed during routine services. If this trait is evident its more likely that it slipped the net.

There have been reports with manual gearbox failures on some models. If the car shows a difficulty in selecting third and/or fifth gear, or has an audible chattering noise when idling in neutral, it's best to walk away.

Some Mokka X cars feature a clever device called OnStar offering a 24/7 concierge service via a UK call centre. Don’t let the salesperson get you too excited about its virtues: it's offline now as the GM licence to operate expired.

Check carefully for botched repairs and poor paintwork. Many Mokkas were on rental fleets or Motability schemes and tended to be bashed about and unloved. Pay close attention to where the rear bumper meets the lamp units for poor shut lines.

Some cars can suffer from noisy or grinding rear brakes. This seems to be noticeable when traveling in reverse too. Possibly a result of low mileages causing excessive corrosion to the rear faces of the brake discs.

Despite its Tonka-Toy styling, the 4x4 versions are not of Land Rover Defender ability off-road. Have a look to ensure there is no impact damage to the sills, floor pan, fuel tank and centre propshaft. Mud and silt build-up are known to cause the brake callipers to jam or stick causing excessive brake wear.

If the car has a random misfire when idling or coughs during acceleration with a flashing ECM lamp, this may be a defective coil pack. Seems to affect the 1.6-litre engine more than the 1.4, oddly.

The orignal Mokka built up to 2016 has been subjected to several recalls. Check what affected it and ensure they have all been attended to by the previous owners.

Be wary of blocked up Diesel Particulate Filters (DPFs) especially on cars that primarily live in town. Make sure the warning lamp isn’t illuminated as it may be beyond the point of a high-speed run to clean it through naturally. Main dealer rectification can be costly. 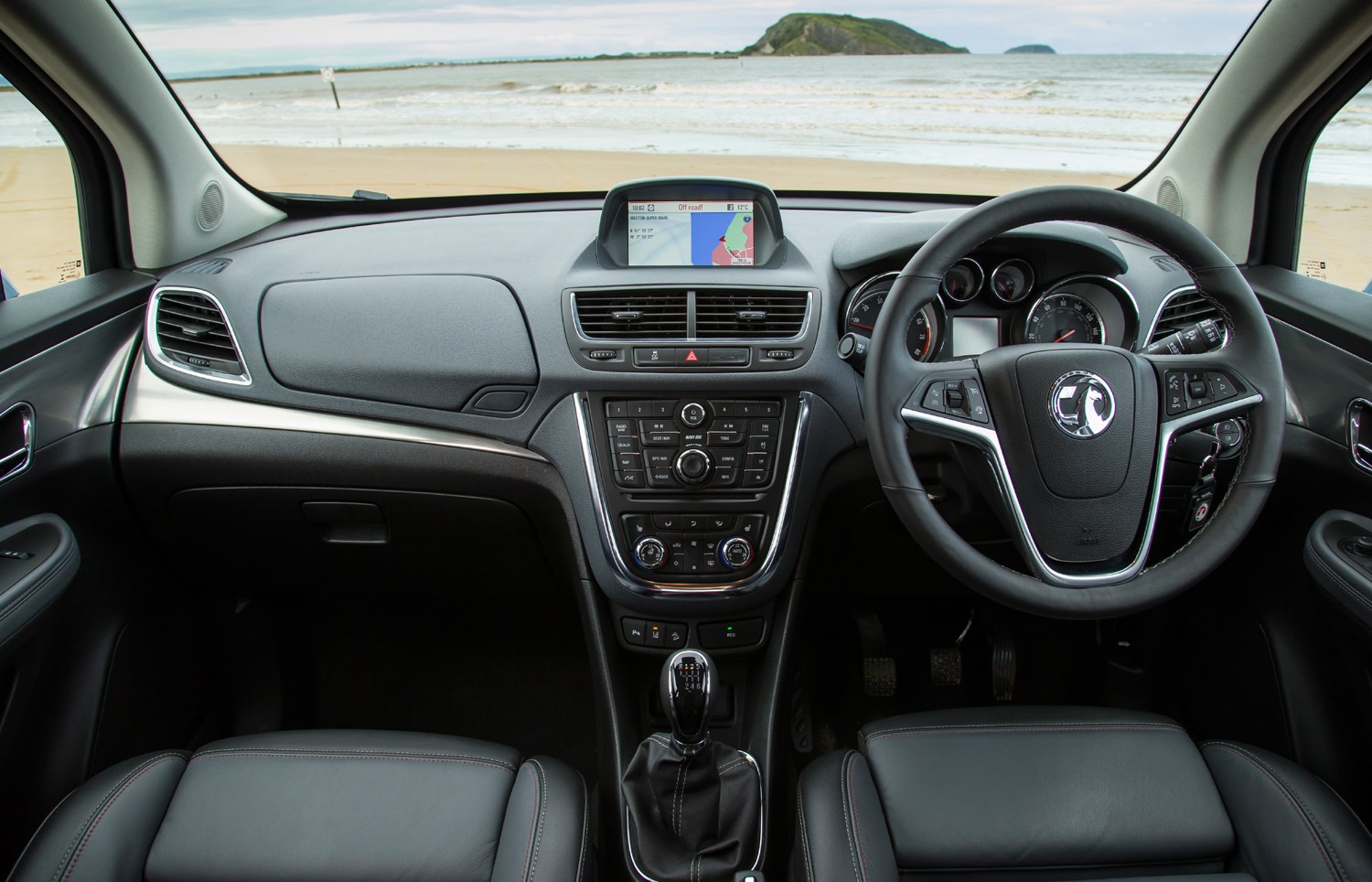 There are two petrols and one diesel engine to choose from, some of which are available in either front-wheel drive or four-wheel drive configuration (Vauxhall call it All Wheel Drive).

Many buyers will be tempted by the 1.7-litre diesel version of the Mokka, which in front-wheel drive specification can average an impressive claimed 62.8mpg, but the turbocharged 1.4-litre petrol engine also has a lot of merit.

In May 2013 Vauxhall added a front-wheel drive model powered by the existing 1.4-litre turbo petrol unit, giving 47.9mpg combined economy and CO2 emissions of 139g/km. This comes as standard with a six-speed automatic gearbox, although an automatic is available as an option.

Wide range of accessories and equipment

Standard Vauxhall Mokka equipment levels are impressive, with even the entry-level version including kit like air-con and cruise control. Four trim levels are on offer, starting with the S, then Exclusiv, Tech Line and the range-topping SE version.

The entry level S model is only available with the 1.6-litre petrol engine and front wheel drive. The Tech Line version is also targeted at company car drivers thanks to a low P11d value and high level of spec.

The Mokka was in a highly competitive field where many other manufacturers had long been producing successful and well-received cars, including the Skoda Yeti and Nissan Juke.

On the plus side Vauxhall remains a popular brand and the Mokka benefits from its 'Lifetime' warranty and sensible running costs. 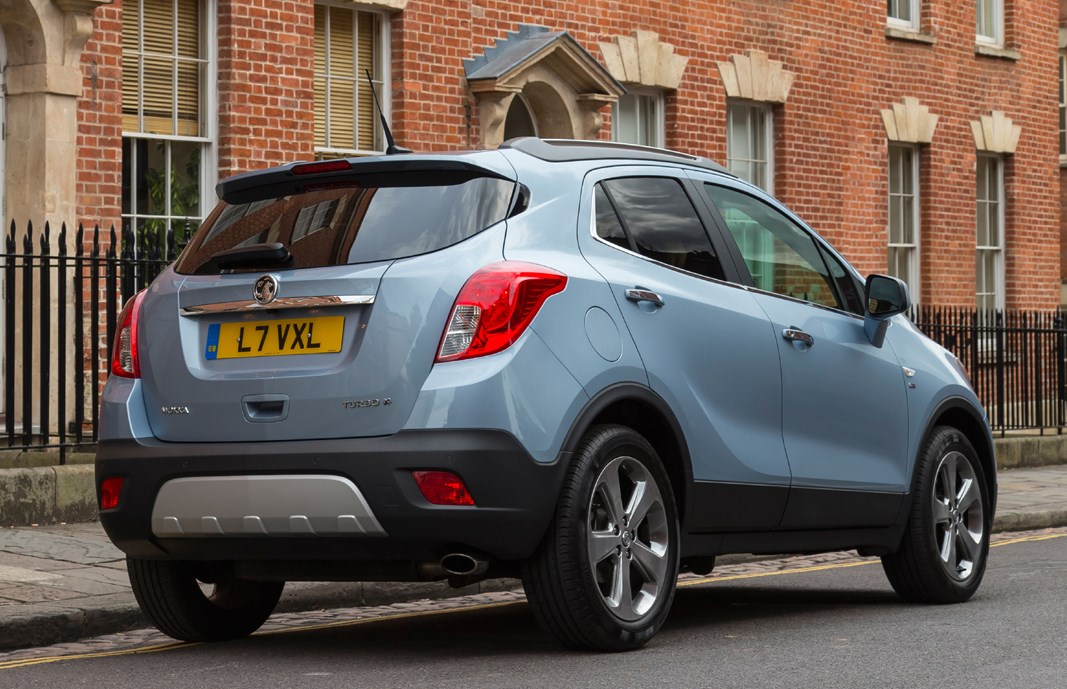