Smart-looking SUV that's good to drive, but struggles to stand out from the crowd 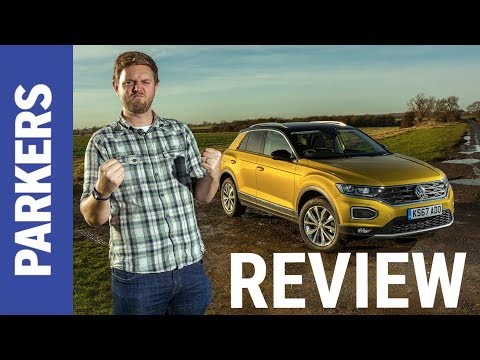 If you regularly ply Britain's highways, it won't have escaped you that the Volkswagen T-Roc is one of the German brand's more popular models. Frequently seen in bold colours, this mid-sized SUV seemingly appeals to those who want the reassurance associated with the VW name, but in an SUV package that's a bit sportier than the smaller T-Cross and larger Tiguan.

There's some surprise here: it's hard to imagine a conventional hatchback in Volkswagen's line-up positioned between the established Polo and Golf ranges being desirable or commercially successful, yet in the growing world of SUVs the T-Roc is both of those things.

>> Find out all you need to know about SUVs

What exactly is the T-Roc?

As part of the enormous Volkswagen Group, the T-Roc shares its mechanical components with dozens of models, but it's most closely aligned to other compact SUVs that the industrial giant produces. If you could peel back the bodywork to reveal the structure underneath, you'd soon realise it's rather similar to the Audi Q2, SEAT Arona and Ateca, as well as Skoda's Kamiq and Karoq.

Its unusual name is meant to appeal more to the younger end of the car market – ‘T’ is to make sure that it sticks to VW’s regimented naming structure for its SUVs, while the 'Roc' is a nod to the Scirocco coupe, which it has replaced in the line-up.

One thing you won't be disappointed about is the wealth of choice with both turbocharged petrol and diesel engines.

If you're keen for greater performance, there are a couple of options, both with a 2.0-litre TSI petrol engine and 4Motion four-wheel drive. With 190hp, SEL and R-Line models offer effortless performance, but if that's not enough, the T-Roc R joined the range late 2019 with 300hp. It's obviously quick and fun to pelt about in, but it is expensive at a smidge under £40,000.

Given Volkswagen's expertise with electrification, we are disappointed that there's no plug-in hybrid version of the T-Roc, let alone a fully battery powered model. We do expect a PHEV to arrive during this generation of T-Roc's production run, maybe at the mid-life facelift expected in 2021, while the latter brief will effectively be filled by the forthcoming VW ID.4.

There's plenty of choice in terms of specification, but you soon appreciate how expensive the T-Roc gets the further up the range you go. Starting at S, the hierarchy progresses through SE, to United and Black Edition (both joined the range in 2020), and Design, SEL, R-Line and the flagship R.

Among the options listings, you can add kit like wireless smartphone charging, VW’s Active Info Display which uses an all-digital instrument cluster, plus Android Auto, and Apple CarPlay smartphone integration and a very sharp infotainment system.

One of the T-Roc’s biggest headlines though is the availability of tailoring your car to you. Buy one new (and of at least Design trim) and you’ll have access to 24 different colour combinations for your own exterior look. There are several bright paint colours to choose from that can be complemented by contrasting roof colours.

Those bright colours are also applied to the dashboard on many T-Rocs, but its interior is one of its major disappointments. Yes, it's well assembled, but there's very little in the way of softer-touch, expensive-feeling plastics that you'll find in a Golf or Passat.

The Volkswagen T-Roc is available with some good deals, principally because resale values are quite strong. Monthly T-Roc prices start from .

Click through the next few pages to read everything you need to know about the Volkswagen T-Roc including its practicality, how much it costs to run, what it's like to drive – and whether we recommend buying one.