If you've found this page, you're probably looking for an automatic car. And you're not the only one. Recent research suggests that demand for automatics in the UK is up around 71% since 2007.

And the good news is that, according to the Society of Motor Manufacturers and Traders, 40% of new cars registered in 2017 had an automatic gearbox, double that of 2007.

Leasing offers an elegant solution to getting a new car on your drive if you definitely don't want to own the car. Leasing in essence is a form of renting. You pay an initial payment, a series of monthly payments, and when your contract is up, badabing badaboom you're done. Time to search for a new car.

The following list consists of a wide range of cars to suit most needs - from practical SUVs to slinky sports cars. 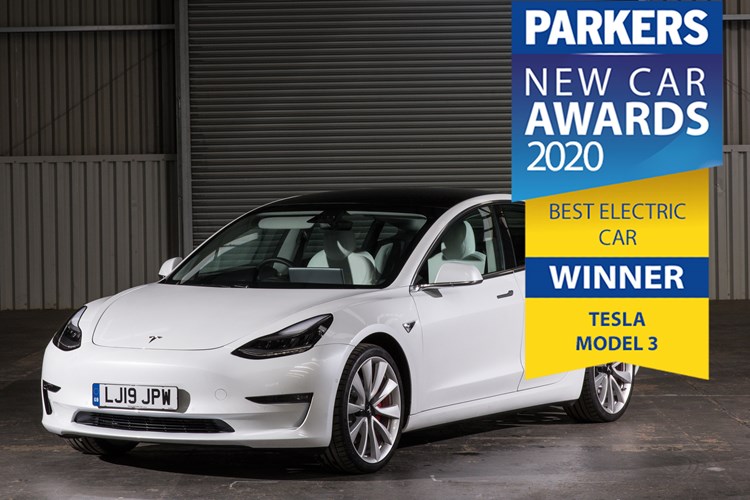 Tesla made a name for itself with its game-changing Model S, and humongous SUV, the Model X.

And now it's finally got round to making a car regular folk can afford. And you know what? Tesla has made a winner. It even took home our Car of The Year Award.

Immensely fast, easy to use, and with an interior that even a Swede would describe as stylish. Tesla's Supercharger charging network is also by far the best around.

Being an electric car, it's only available as an automatic. Tesla, like Mercedes, uses a column mounted shifter, to save space in the interior.**

Best automatic car to lease for: the small crossover crowd 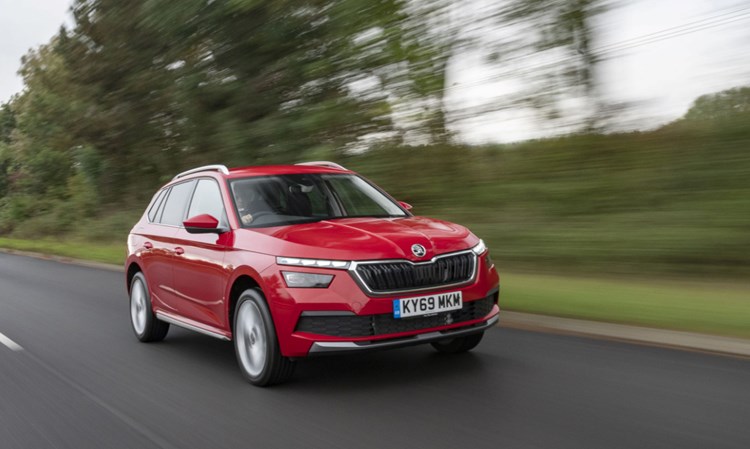 Skoda's baby SUV is perfect if you want a city car, but find regular hatchbacks a little old hat. The Kamiq also suits people who prefer to just sit that bit higher than a regular hatchback too.

The interior is practical and is full of clever touches, four people will fit comfortably, and there are quite a few engine options.

The DSG gearbox in this is great - slick, smooth, and rarely caught out.** 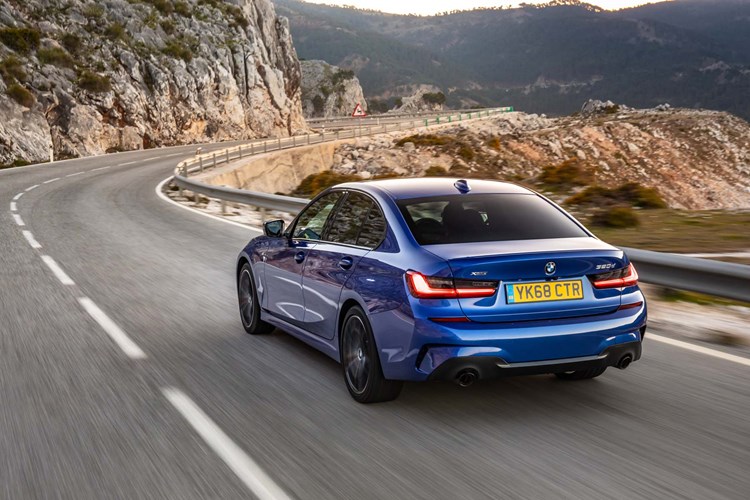 The BMW 3-Series has been proving you can have your cake and eat it since 1975.

And by that, we mean having a sensible family car that's also brilliant to drive. It's the best steer in its segment - turn in is as crisp as a cold lager after a long summer's day, and it does a brilliant job of hiding it's weight.

Its gearbox is a good old fashioned torque converter, which means while it's not the most technologically advanced, it changes more smoothly than many others on this list.**

It's pretty easy to summarise a Zoe. It's like a Renault Clio, but electric. And while the list price is thousands of pounds more expensive, leasing deals mean the two cars are very similarly priced.

An additional £30-£50 a month (over a Clio) will bag you a Zoe. Which seems like great value, when you can get a 250-mile charge for about a fiver.

Like with the Tesla at the start of this list, the Zoe is an electric car, which means it technically doesn't use a gearbox. But the Zoe does use a traditional looking lever to select between drive, park, and reverse.* 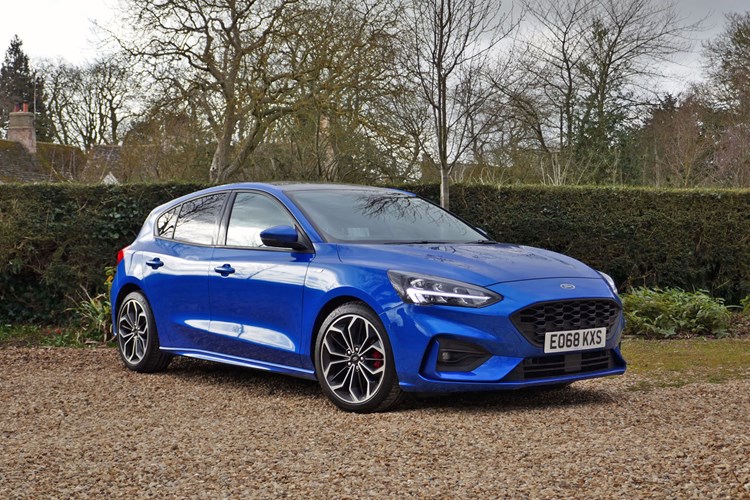 You know where you stand with the Ford Focus. It's been a favourite among UK buyers since its inception, and it's one of the best hatchbacks around to drive.

Its talents haven't gone unnoticed either. The Focus was crowned Parkers Small Family Car of the Year.

Engine and trim options are vast - ranging from basic to sporty. The automatic is perfectly serviceable for tooling around in a calm, sensible manner and offers smooth changes and decent driveability. The selector is a circular dial, not a traditional lever, which is bound to get passengers talking.** 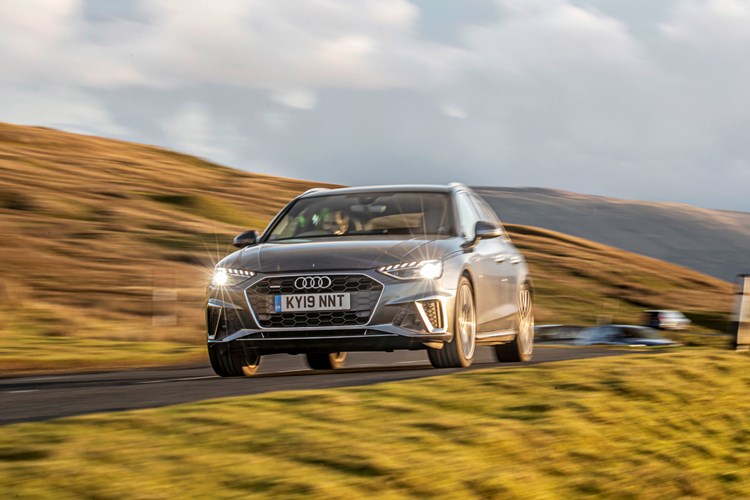 Not much can beat a practical estate. While SUVs may be the latest trend, the humble estate still gobbles up luggage, people, and miles with aplomb, and dare we say it, in more comfort and for less money than a typical SUV.

Estates from premium manufacturers are broadly pretty good. But Audi's A4 is the most highly rated by us. It feels hugely special where you spend the majority of your time - inside. Its cosseting suspension means it's super comfy, and trim and engine levels are strong and plentiful.

Audi's S Tronic automatic 'box is available on all trim levels, and it's super easy to use. Sportier models allow you to change gears manually with paddles behind the steering wheel too.** 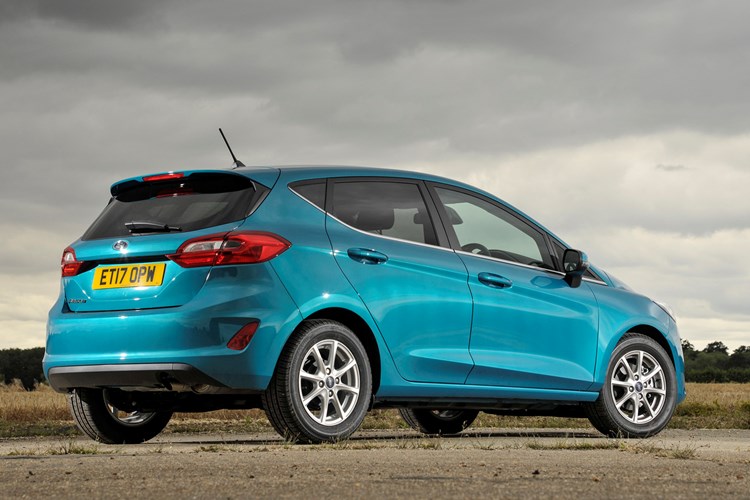 It was the best-selling car in the UK for 2019, and with good reason. Its ubiquitousness means it's a car for everyone, and the range and trims on offer are all well-thought out. Keenly priced too.

Best of all, it's more fun to drive than it has any right to be. And infotainment and driver assistance are spot on too.

If you want an automatic gearbox you'll have to plumb for the 1.0-litre 100hp EcoBoost engine. It has a six-speed torque converter style box, which is pretty smooth in most situations.**

A supermini with TWO automatic options? The first is the bog standard 1.5. But the second is a little unicorn - a hybrid.

Under the bonnet of this runaround lies a petrol engine mated to an electric motor, producing 100hp and 111Nm of torque. The benefits of this are improved fuel economy and lower emissions. Toyota's testing revealed that careful drivers used just electric power for 55% of their journeys in a Yaris hybrid. Admittedly, this should be taken with a massive grain of salt.

It's driven via a CVT style gearbox. This is by far the worst gearbox in this group as the revs still scream as the rpm dial goes round. But it's something you can get used to and put up with for the economy of a hybrid.**

On the surface, what we have here is a smallish and posh SUV from Mercedes. But dig a little deeper, and you'll discover that Mercedes has re-invented the MPV. Remember them?

While the GLB may look like an SUV, inside it's big and clever like an MPV. You can even spec it with seven-seats. Space in the second row is capacious, while the general airiness of the cabin is on par with its big brother, the Mercedes-Benz GLC.

All models come with either an eight- or seven-speed dual-clutch automatic transmission. The smallest-engine (read cheapest) uses the seven-speed, while every other engine gets the eight-speed. Either way, both 'boxes are smooth. Although the 306hp AMG version can be a bit slow to change down if you're really in the mood to take advantage of its 5.2second 0-62mph time.**

Didn't see this one coming did you? Long gone are the days when sports cars were a manual only affair. The Alpine A110 is one of the favourite among the Parkers staffers, and it's not actually offered with a manual box at all.

In short, it's an astonishingly good car. What makes it stand out from the crowd? Firstly, the way it looks - an ode to the original Alpine A110 of the Sixties. Secondly, its compactness. It's squat, giving you real confidence to fling it down a winding set of S bends.

The quick shifting dual clutch 'box is easy to use. In D (for drive) it does its own thing, but when M (for manual) is engaged you can rev it right out to the rev limiter and change gear with the paddles.**

Want to know how to get the best bang for your buck? Read these articles:

** These deals are indicative examples of some packages available as at 15 July 2020, but are subject to change without prior notice. Everyone's financial circumstances are different and the availability of credit is subject to status. Terms, conditions and exclusions apply. Parkers cannot recommend a deal for you specifically.