Honda is staking a claim to designing the most exciting hybrid production car to date with the new CR-Z compact coupé.

The CR-Z echoes Honda's popular CRX coupé of the 1980s, and it's the first time a car manufacturer has launched a petrol-electric hybrid production car with such an overtly sporty look.

The CR-Z is almost a foot shorter than the Insight hatchback and has a shorter wheelbase, so Honda says it will feel more agile on the road.

It is also more powerful than the Insight, with a larger 1.5-litre petrol engine, the CR-Z boasts an overall power output (engine and electric motor combined) of 124 bhp.

Maximum torque of 128lb-ft is the same as in the 1.8-litre Honda Civic, but in the CR-Z is arrives at just 1500rpm, making it far more responsive lower down the rev range.

The CR-Z will come with a six-speed manual gearbox, and current data (yet to be confirmed officially) shows average fuel consumption of 56.4mpg and CO2 emissions of 117g/km.

Honda has equipped the CR-Z with what it calls a 3-Mode Drive System which allows the choose between three driving modes, which alter the responses of the throttle, steering, idle stop timing, climate control and the level of assistance provided by the electric motor.

We expect the impressive fuel ecomony figure to be achieved in the least lively set-up in the 3-Mode Drive System.

UK versions of the CR-Z will feature LED daytime running lights in the base of the headlamp unit, while the rear seats - suitable for children, or short journeys for adults - can be folded flat to increase luggage space.

The car will arrive in the UK in summer 2010 after the official European version of the CR-Z is given its public debut in March. Expect prices to start at about £18,500. 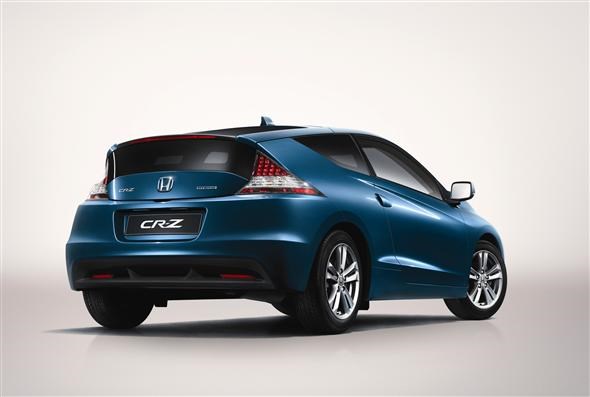 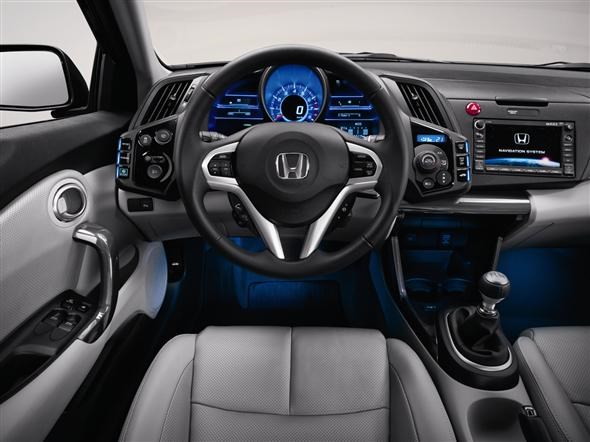