Peugeot has announced details of a new car dubbed 508 RXH - a high-riding four-wheel drive diesel hybrid based on the firm's staple family estate.

The French firm has seen fit to equip a beefed-up 508 SW with the same 200bhp set-up as found on the 3008 HYbrid4 - a 163bhp 2.0-litre diesel engine powering the front wheels and mated to an electric motor making 37bhp and powering the rear wheels. This is enough to generate up to 450Nm of pulling power.

Although equipped with a diesel engine, the car can run on 100% electric power through town to reduce emissions and improve MPG. Peugeot states the official fuel consumption figure is 67.2mpg - which if accurate is an impressive claim for such a large vehicle.

Emissions are reported to be 109g/km CO2. This means that it's in the 13% bracket for benefit-in-kind taxation for company car drivers. However, if Peugeot had used petrol power rather than diesel to get the same emissions you'd be able to write off the 3% diesel levy and pay just 10%. We won't know quite what effect the decision will have on company car tax until we know the P11D value, but when that information is published we'll be able to see how it stacks up against the competition.

The car will debut at Frankfurt International Motor Show in September and is expected to go on sale in Spring 2012. Pricing hasn't been announced at this point. 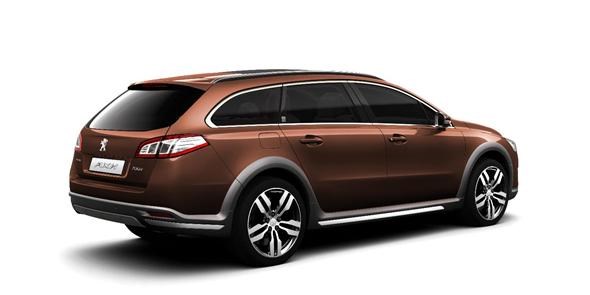