Fuel economy matches the Fabia's colour - it's whiter than white

A large proportion of the 6,000 miles or so that I've covered in the Fabia have been on the motorway. It may be small and designed primarily for town driving, but it isn't out of its depth on longer jaunts. As I've already said to a reader in the Q&A section, the engine is a little bit on the noisy side. But this is no different to other small diesels and once warmed up and on the move, isn't particularly noticeable. The gearing is good and reasonably well suited to the motorway - it will cruise easily at 70mph, even though it takes a little bit of work to get there.

Inside, the seats are comfortable and supportive enough for a good couple of hours (and even longer), visibility is good for easy lane changes and the overall driving position is comfortable.

Do you own a Skoda Fabia? What's the best fuel economy you've ever got? Let me know here. 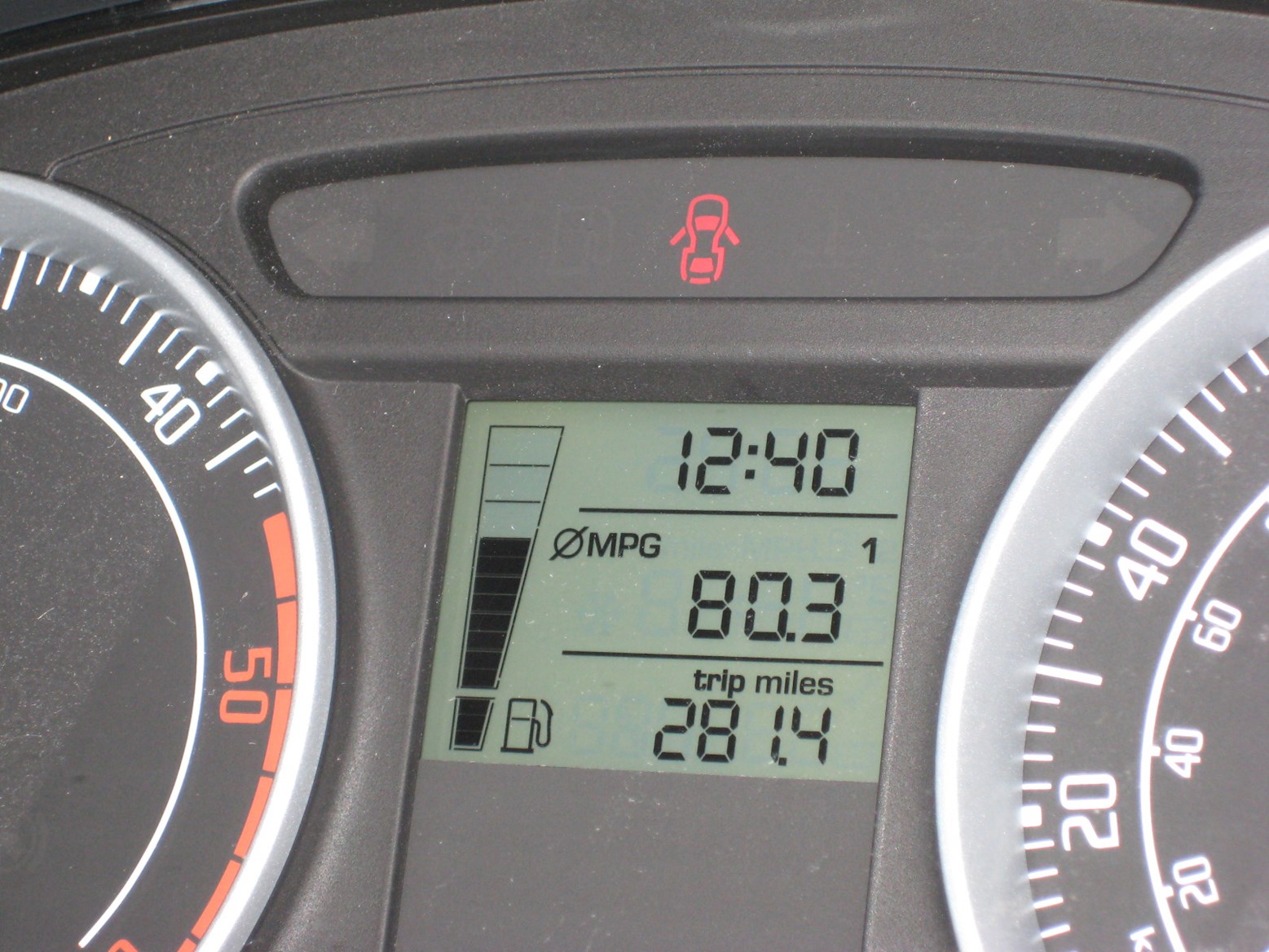