A big van with a big warranty

The Nissan NV400 is a large van that competes in the same area of the market as the Ford Transit, Peugeot Boxer, Citroen Relay and Fiat Ducato.

First introduced in 2011, substantially facelifted in 2014 (below) and revised again in 2019, the NV400 is in fact a Nissan-branded version of the Renault Master, which means it’s also closely related to the Vauxhall Movano. 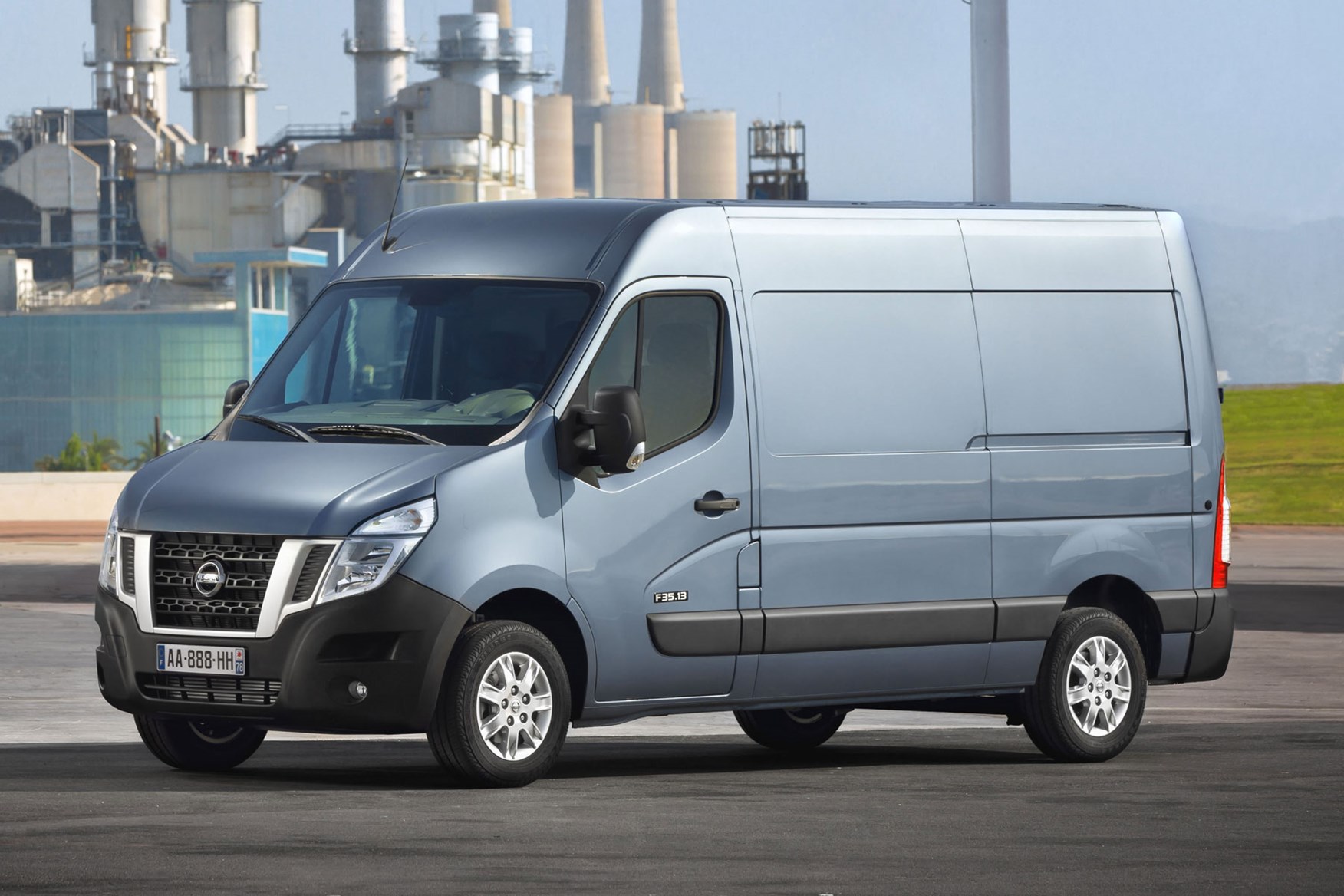 These family ties are no bad thing if you’re after a good value van with high payload ratings, as this trio are among the benchmark-setters for heavy lifting at the 3.5-tonne limit for a standard driving licence and the 2.3-litre engines are consistently strong performers.

All three vans have been thoroughly updated in 2019 (below), with highlight upgrades including revised engines, a completely new dashboard and improved safety tech. This isn’t enough to make the NV400 a rival to the more premium Mercedes-Benz Sprinter and Volkswagen Crafter, but you’ll find that spec-for-spec, the Nissan carries more – which for many operators is probably more important.

One potentially major advantage the NV400 has over its relatives – and almost every other large van on sale in the UK – is the five-year, 100,000-mile pan-European warranty that comes with every new example.

The mileage limit won’t necessarily help long-distance drivers (the Sprinter and Crafter are your best bet there, as they both have unlimited mileage three-year warranties now), but if you plan to keep the van a while, that’s two years more cover than every rival – except the LDV V80, which isn’t really of comparable quality in any other respect.

While the engines have been 2.3-litre dCi turbodiesel units specifically developed for commercial vehicles throughout the NV400’s life, the range of power outputs has shifted over time – though there is always a wide spread to suit different budgets and uses, newer NV400s have more power at every level.

This review deals mostly with the regular panel van, which is itself available in four body lengths and three roof heights.

This is a solid choice of large van if you need a long warranty. The engines are good, payloads are high, and the latest revisions bring a welcome improvement to the interior.

It won’t be as nice to drive as a Transit, Sprinter or Crafter – but we’d take one over a Boxer or a Relay.

Like the Renault Master and the Vauxhall Movano that share its underpinnings, the Nissan NV400’s driving experience impresses through the strength of its engines and the tightness of its turning circle – helping make this big van easy to drive.

It’s not likely to be as comfortable as some more modern rivals, but it shouldn’t be too noisy and vibrations in rear-wheel drive models are well suppressed, which is not something we would say about all of the competition.

All versions of the NV400 use a 2.3-litre dCi turbodiesel engine. This has come in single- and twin-turbo variants over the years, with the revised 2019 model moving to an all twin-turbo line-up. The 150hp and 180hp versions are available with an optional automatic transmission – but this is a robotised manual rather than a true automatic, so don’t expect the shifts to be smoothest. The standard six-speed manual gearbox is robust and precise feeling, and generally nicer to use.

This marks a point of difference between the NV400 and the Master, as the Master is offered with a 130hp engine in the UK but not the 165hp engine; the Movano is available with all three options.

The RWD NV400s are classed as ‘heavy-duty’ vehicles, which mean they have to meet slightly different – and less stringent – emissions regulations. This makes little practical difference at the moment, but may become more problematic if air quality concerns in city centres continue to grow. 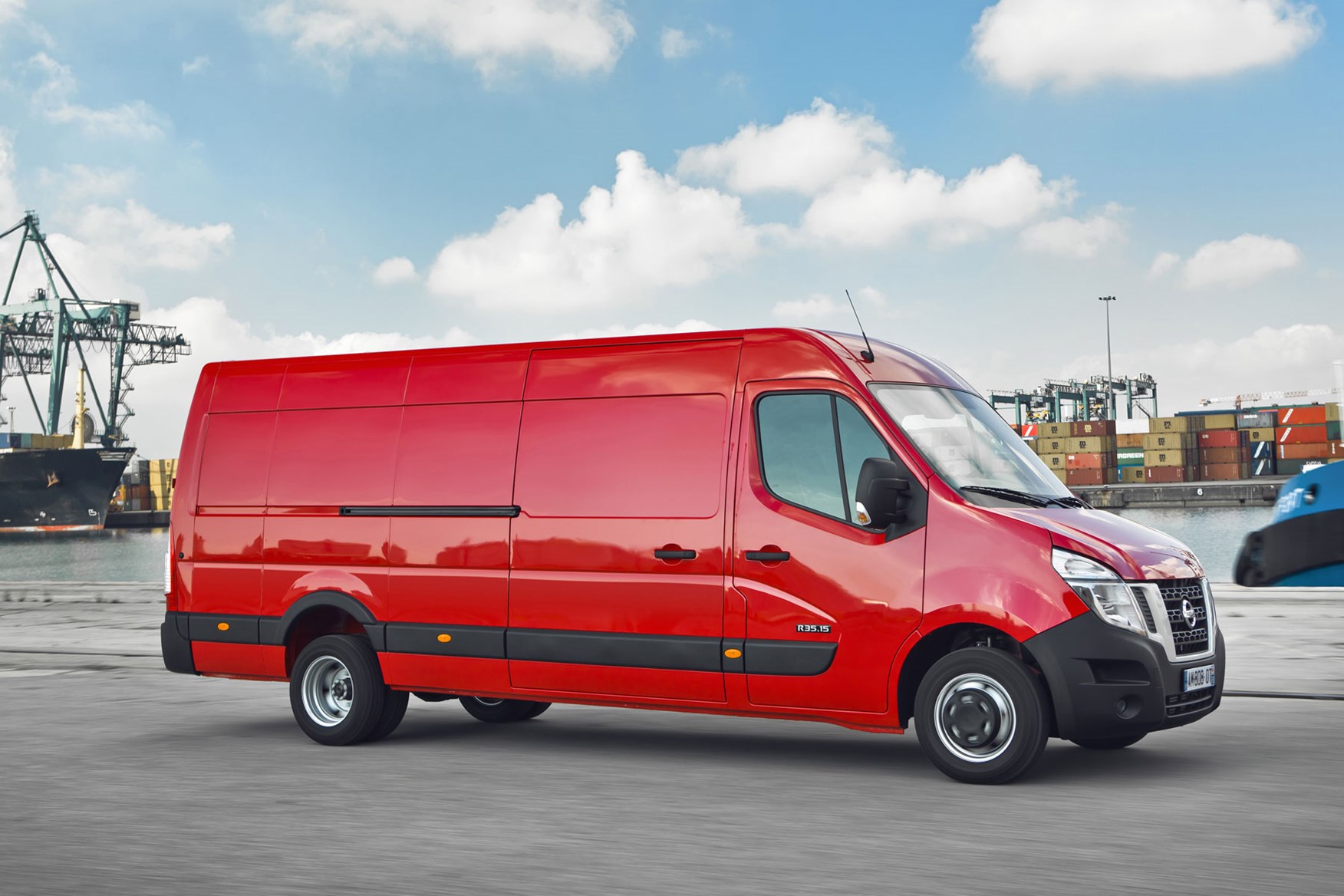 The NV400 has been several rounds of previous engine updates since its launch in 2011, with older models offering between 100hp and 150hp, depending on their age.

The very lowest power outputs will likely prove thirsty if heavily loaded, but the 2.3-litre engine has always been a gutsy performer overall.

Rear-wheel drive offers better loaded traction and improved towing stability, and despite the lower legal payloads (due to the increased weight of the van rather than any lack of strength) should prove better-suited to heavy duty work.

Experience with the latest RWD Masters also suggests the six-speed manual gearbox isn’t as nice in these as it is in the FWD models, but they are commendably low on annoying vibrations and generally pretty refined.

The NV400’s cab has always been functional and practical, but an update in November 2019 has seen the dashboard completely overhauled, bringing some welcome modernisation to an interior that was starting to look and feel a little bit old.

Sit behind the wheel of an original NV400 and you'll find a dash made of sturdy, hard-wearing materials. All of the controls are accessible and easy to use, and feel rugged enough to withstand day-to-day abuse. There’s a clipboard holder, cup holders, several cubbies including overhead and under-seat storage, door pockets and a folding centre seat which can be specified with a swivelling table on the backrest.

The driver’s seat is comfortable, and can also be suspended if needs be.

Nissan has yet to release any images of the updated NV400 interior, but as it’s identical to the latest Master and Movano inside we know what to expect.

The practical elements remain, but the design is much smarter, and available with optional touchscreen infotainment systems now properly integrated into the dashboard. You can even get Apple CarPlay and Android Auto now.

In common with a number of other large van makers, Nissan is yet to release full fuel economy data for the NV400 that complies with the latest Euro 6.2 emissions regulations and new WLTP testing procedure.

So at the moment all we can tell you is that under the previous NEDC testing standard, the most efficient versions of the NV400 were claimed to be capable of just over 40mpg.

Take this with a pinch of salt, as the newer WLTP standard is supposed to be much more accurately reflect real-world driving, and we’re expecting the on-paper figures to fall according, even though the latest engines are said to be more efficient than ever. 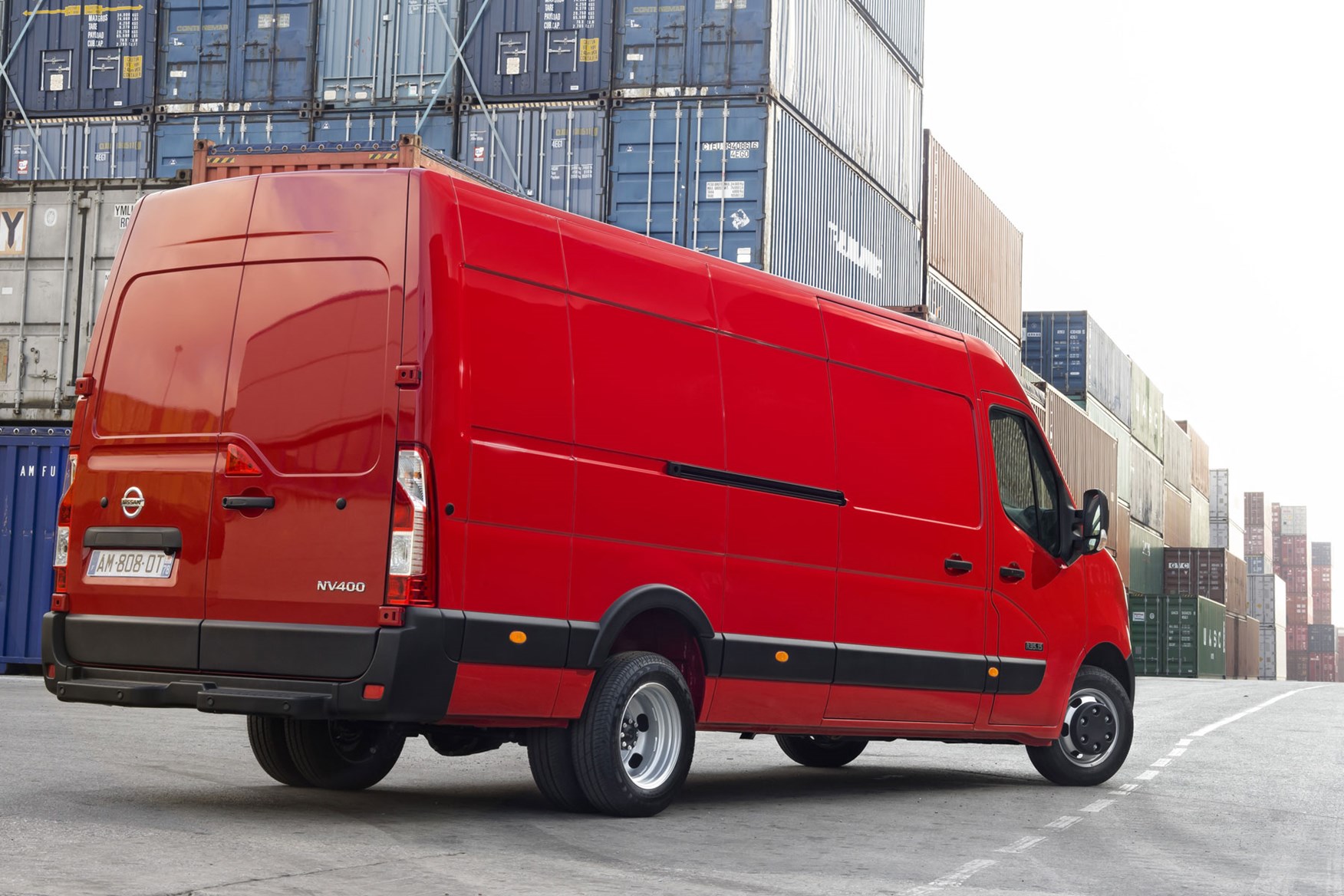 Adding to the confusion, the WLTP test is only necessary for front-wheel drive versions, with rear-wheel drive NV400s still able to use the old NEDC figures – which may lead to a situation where the RWD models look more efficient on paper than FWD, despite things being the opposite way round in reality.

A big plus for the NV400 is that new versions come with a five-year warranty.

While this doesn’t seem like it would benefit buyers who change their van sooner than that, it is also fully transferable between owners so may help keep used value buoyant.

As discussed above, the mileage limit is still 100,000 miles, so long-distance users may not find this as useful. But you do get five years of roadside assistance as part of the price, too.

The service intervals are every two years or 25,000 miles, whichever comes sooner.

Nissan also has a specialised LCV dealer network to help accommodate maintenance needs that minimise your vehicle downtime. But this isn’t as extensive as the biggest rival networks, so best check where your nearest centre is if you are a high-mileage operator.

The NV400 originally came in E grade and SE grade versions, but the latest models use Nissan’s now familiar Visia, Acenta and Tekna trim names instead.

Visia is very basic, and only available on a single variant, but otherwise standard equipment is fair, with features such as DAB radio, Bluetooth and sat-nav available as required.

These are pretty tough vans, and we don’t see many reports of serious issues with them.

There aren’t even many official recalls, which suggests build quality is consistent. We’ve tracked down just three, and the largest number of NV400s involved was 41; one recall affected just four.

It’s a similar story with the Master and Movano, so we don’t think this Nissan is likely to let you down.

If you have experienced any reliability horrors with this model, however, please let us know about it via our feedback email address.

Upgrades in 2019 increased the amount of available safety equipment, but the NV400 still lags behind more modern vans in this area.

If you’re buying used, it’s worth noting that electronic stability control – which Nissan calls Vehicle Dynamic Control – was not fitted as standard on early base models; since ESC is one of the major safety innovations of recent times, it’s definitely worth seeking out an NV400 with this fitted.

All new models come with this as standard, however, alongside a driver’s airbag.

Higher-spec models get a big blindspot mirror hidden in the passenger sun visor, which is a basic but surprisingly effective solution to spotting smaller vehicles lurking out of immediate sight alongside you, while things like automatic lights and wipers, proper blindspot monitors and crosswind assistance are now available.

Again, older vans won’t be quite as well equipped, but the latest versions get an alarm and an immobiliser as standard - not many van makers are so generous with alarms, so this is good to see.

Nissan also fits what it calls superlocking – though this is unlikely to stop a determined thief with cutting equipment, so as ever try and avoid leaving anything in the van you can’t afford to lose.

Which Nissan NV400 is best for me?

Most buyers opt for the mid-spec engines, but as power outputs have increased even the entry-level 135hp (FWD) NV400s offer a good chunk of performance for your cash – though the more powerful 150hp versions will likely prove more efficient on fuel, especially at higher payloads, as they’ll be less stressed.

As for trim levels, in terms of the current line-up we’d probably avoid the entry-level Visia specification, unless you really need the cheapest van going; Acenta gives you better value for money, but note that air-conditioning is still extra.

For older models the E Grade will do the job but the SE Grade certainly offers better value, with useful items such as rear parking sensors, cruise control / speed limiter, a larger fuel tank all included and an additional glovebox all included.